Robust regulations in oilsands and transport sector needed to make good on its pledges for 2030, biennial UN report shows 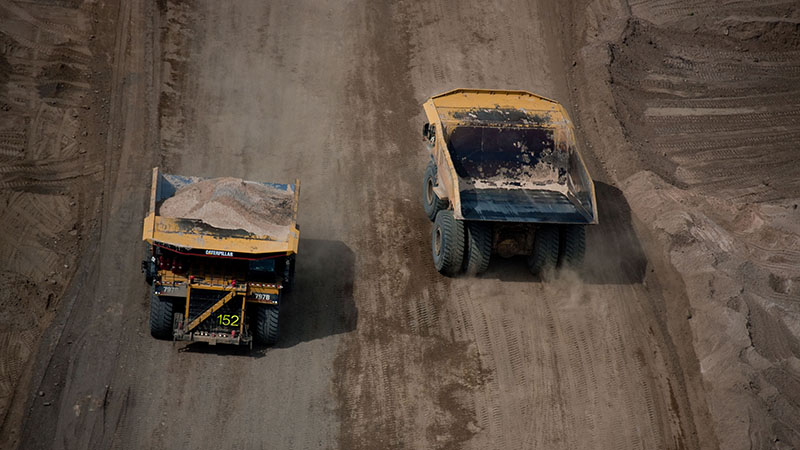 Canada said its greenhouse gas emissions could soar as much as 19% by 2030 based on policies in place as of September 2015, in an update to the UN on Wednesday. 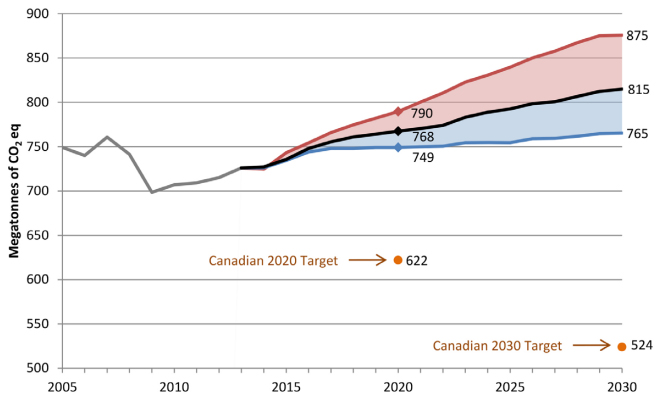 It shows the work it has to do to meet a pledge to cut emissions 30% by that date compared with a 2005 reference year.

Slashing emissions from its top-emitting oil and gas industries and vehicles will make the biggest indent. The scope for renewable power to make gains is limited. Nearly 80% of its electricity is produced from non-emitting sources. 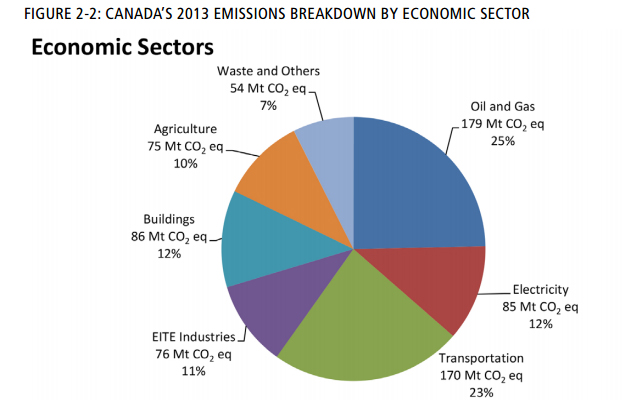 The Trudeau government, which vowed to break with years of muted climate action under predecessor Stephen Harper, is consulting with Canada’s provinces to harmonise carbon pricing.

That’s part of a wider review into its climate policies, due to be published in March.

To meet Harper’s 2030 target, a nationwide price on pollution starting at CA$30 next year must jump $10 a year to reach $160 in 2030, according to analysis by respected energy expert, Mark Jaccard, at Simon Fraser University in British Columbia.

Report: Canada says it’s ‘back’ on climate – but is it?

“In other words, significantly shifting to cars and trucks that rely on renewable electricity, ethanol and biodiesel would require raising gasoline prices by about 40 cents per litre (on top of other taxes and all production costs),” Jaccard wrote. Gasoline prices were 88 cents a litre in capital Toronto on Friday 12pm GMT, according to website Tomorrow Gas Price Today.

That’s politically difficult. Trudeau must regulate in addition to carbon pricing if he wants to win re-election.

Canada’s submission to a UN deal last June was light on specifics for emissions cuts. It discussed “more stringent” standards for heavy-duty vehicles made from 2018, as well as methane curbs from the oil and gas sector.

According to Jaccard, standards to force car and truck makers to hit market share targets of 10% of new sales by 2020, and 70% by 2030 could cut transport carbon 40%. Trudeau should close coal power plants or impose carbon capture technology on them, he added.

“Yes, encourage emissions pricing. But heed the evidence on the effective and relatively efficient role that well-crafted regulations can play in driving the major technological and energy transition we so desperately need.”