Canada says it’s ‘back’ on climate. But is it?

PARIS BLOG: Ottawa’s opening press conference offers a picture of optimism and hope, but its position on the Kyoto Protocol and weak climate goal remains 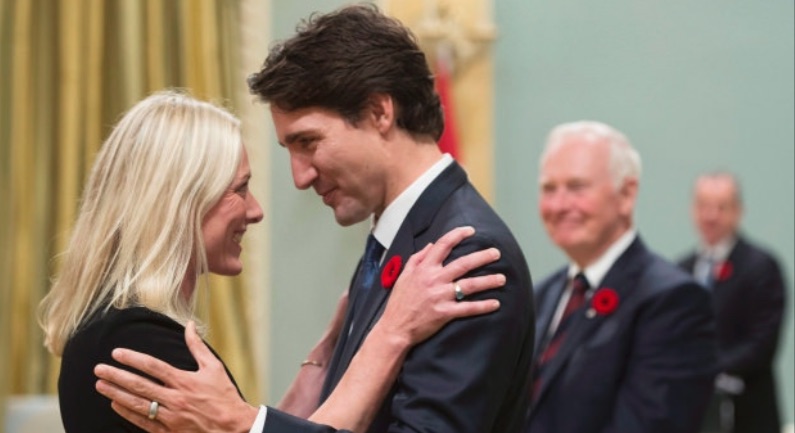 “Canada is back,” said Catherine McKenna, Canada’s fairly new minister for the environment and climate change. “We’re coming to the table with a lot of optimism and a lot of ambition.”

McKenna was speaking at a Sunday afternoon press conference in central Paris. If prime minister Stephen Harper was still in charge, this event would not likely have happened.

The new administration under Justin Trudeau is barely a month old, but is keen to stress that Canada wants to be a constructive player at the 2015 UN climate talks in Paris.

Remember this is the country that many blame for undermining the political integrity of the Kyoto Protocol – the world’s only legally binding climate treaty – by pulling out of it in 2011.

It’s also the world’s 9th largest emitter, just behind Japan and ahead of Mexico, with vast fossil fuel reserves.

Flanked by foreign minister Stephane Dion, McKenna revealed to the assembled media that France president Francois Hollande had asked her and Dion to personally help craft an ambitious pact.

The change of tone and focus on climate change has been intense since Trudeau’s election victory on 19 October. Warming could have a ”catastrophic impact” on Canada’s Arctic coast, he said recently.

Trudeau has also pledged an extra $2.65 billion of climate finance over the next five years to, a doubling of its previous offer.

Still, the claim that Canada is showing “a lot of ambition” is dubious at best. 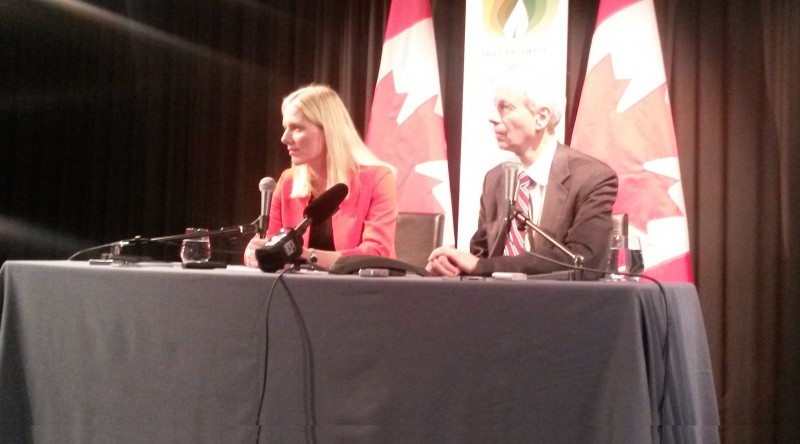 For one, the government is stuck with the Harper government’s climate pledge of 30% carbon cuts on 2005 levels by 2030, variously described by analysts as “weak” and “pie in the sky.”

McKenna did say the government will review the goals “within 90 days” and said the current target would be a “floor” of ambition. But before then – and especially in Paris – nothing: “We are not going to impose plans on provinces and territories,” she said.

“We’re going to do it as quickly as possible to get a credible plan,” she added.

In addition, Canada’s Alberta province has huge reserves of tar sands, which can produce crude oil after a carbon-intensive refining process.

Alberta released a new climate plan last week, announcing it would axe coal and target a 30% share of clean energy. But tar sands remain, with an emission cap for production 30 million tonnes higher than 2015.

Asked by Climate Home about the future of tar sands, McKenna said they were “important” to the Canadian economy and refused to set a date for their demise.

“The government of Alberta needs to be doing its fair share on climate change,” she said.

Last – but by no means least – Canada could theoretically rejoin the Kyoto Protocol, allowing it valuable access to UN carbon credit schemes and demonstrating its commitment to legally binding UN climate measures.

But that’s not on the table, said McKenna in response to another question from Climate Home. “In terms of Kyoto… our focus here is a new international framework – that’s what we’re working on,” she said.

Canada’s new stance will be welcomed by other developed countries and negotiators, many of whom had grown weary of Ottawa’s persistent obstruction and intransigence at talks.

But despite an eager audience at home wanting to lap up prime minister Trudeau’s every word, this is not yet an ambitious stance.

Many world leaders will try to sell a similar gambit at the start of the conference, but global greenhouse gas emission figures tell a different story.