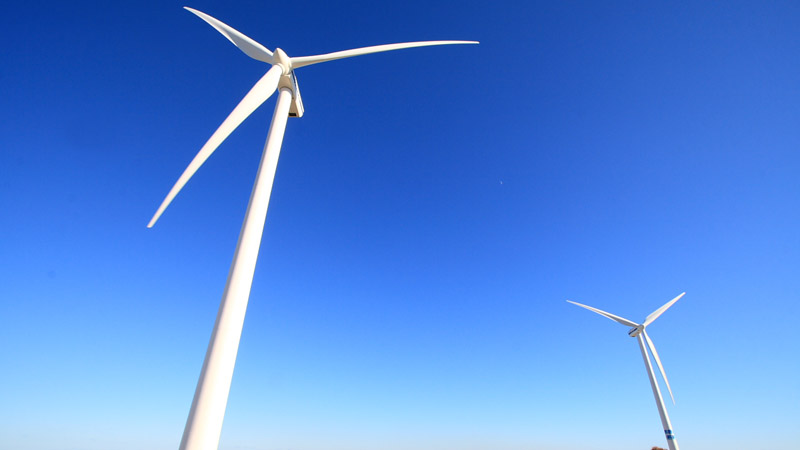 China installed half of all new wind capacity worldwide last year, according to the Global Wind Energy Council (GWEC).

The country added an “astonishing” 30.5 gigawatts to boost installations to 145.1GW, the Brussels-based industry group said on Wednesday.

It overtook the EU total for the first time, which added a record 6GW to increase its capacity to 141.6GW. 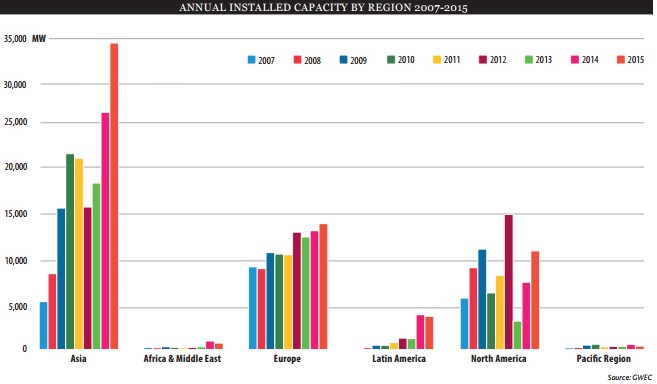 China is ramping up renewable energy in a bid to limit smog-causing pollution from coal plants and act on climate change. Falling costs increasingly make the technology competitive with fossil fuels.

“2015 was a big year for the big markets – China, the US, Germany and Brazil, all of which set new records”, said Steve Sawyer, secretary-general of GWEC. “But there is a lot of activity in new markets around the world and I think in 2016 we’ll see a broader distribution.”

Last month the head of the European wind lobby said its turbine makers were choosing fast-growing markets in the developing world over EU member states, whose policies to invest in the technology were uncertain.