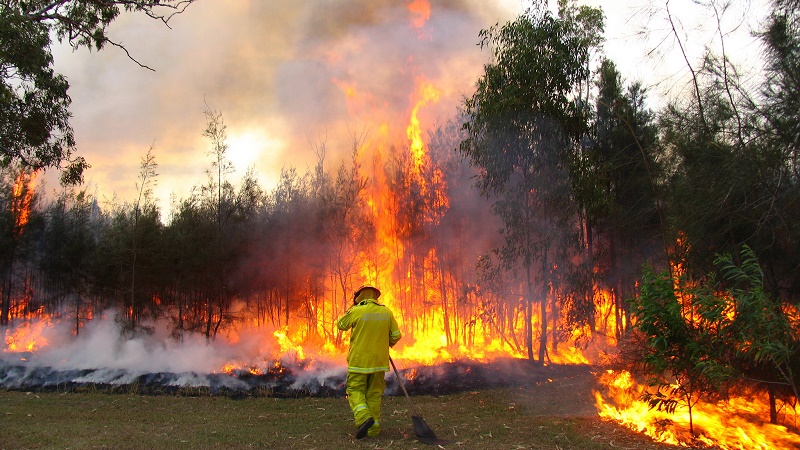 Climate scientists around the world reacted with shock and anger to job cuts announced at Australia’s national research agency.

Up to 350 staff at Australia’s Commonwealth Scientific and Industrial Research Organisation (CSIRO) are up for the chop, with many losses falling on climate research.

Justifying the decision in an all-staff email, chief executive Larry Marshall said the climate question “has been answered”.

Pioneering research at the centre had helped “to prove climate change” and the new question was: “What do we do about it, and how can we find solutions for the climate we will be living with?”

The agency’s strategy was to transform Australian businesses – notably the extractive industries – to cope with “a new and uncertain future”.

Our climate models are among the best in the world. Sounds like a perfect time to abandon them then #climate https://t.co/cKZUKnLOm5

We've sequenced the human genome, we can move on from genetics now! #LarryLogic #CSIRO #CSIROcuts

"Climate change is real, so we don't need to study it more. Instead, let's turn coal into diesel!" #CSIRO https://t.co/dGEdUgOiQl

If you wanted to know how to adapt to a changing climate, why would you cut your climate research programme? https://t.co/n3cBn7TqHP

A federal funding cut to CSIRO of AUD$111 million (US$80m) over four years announced in 2014 made some job losses likely.

But greens questioned the organisation’s priorities. The main areas to be cut are manufacturing, land and water, oceans and atmosphere, and “data innovation hub” Data61 – covering most of the climate-linked research.

Green senator Larissa Waters said: “While so many communities across the country are suffering devastating droughts and the horrific aftermath of intense bushfires, the government is firing the climate scientists who can help us prevent and adapt to the extreme weather of global warming.”

It is the latest government blow to climate research, following a 2013 decision to axe funding for the independent Climate Commission.

Since winning the top job last September, however, Turnbull has defended coal mine expansion and starved the country’s main climate policy of funds.