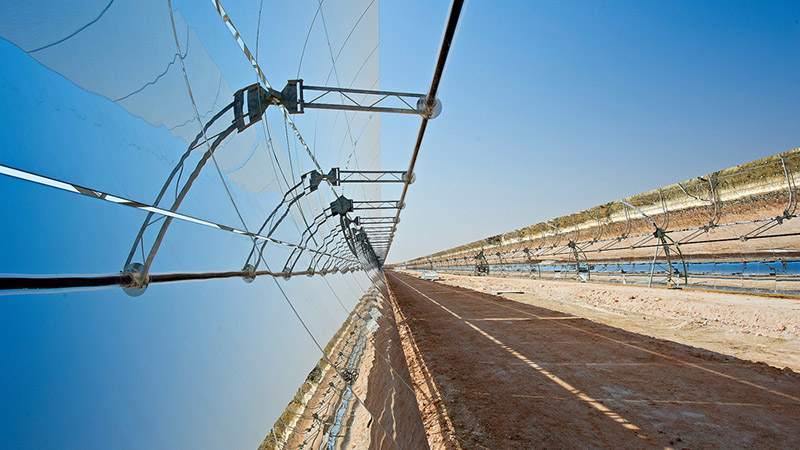 Morocco’s Noor 1 plant is the first phase of a vast array of parabolic mirrors that will eventually cover 30 square kilometres and power more than a million households.

The $9 billion project is part of a push to wean Morocco off fossil fuels. The country imports 91% of its coal, oil and gas, a situation long recognised as a serious drain on resources.

“Today we wrote a new page in the history of the climate,” said the country’s environment minister Hakima El Haite, after King Mohammed officially opened the plant.

@andreborschberg and I just flew over Morocco solar plant, project we started in 2012 and will be inaugurated today pic.twitter.com/z6CGslw0wn

The African Development Bank’s Yacine Fal said the complex would “serve as an example for Africa”, while the World Bank hailed its impact on energy security and job creation.

The plant – which was due to open in December – marks the latest stage in Morocco’s move towards a greener economy.

This November, Marrakech hosts the COP22 UN climate summit, where countries will be expected to build on the Paris agreement signed off in December 2015.