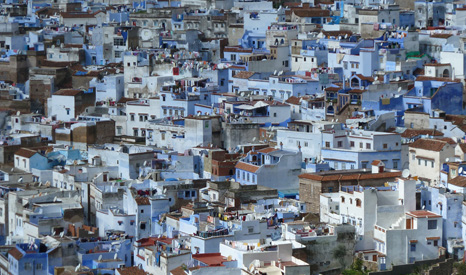 Morocco should be held up as a ‘poster child’ for effective green policymaking, according to the World Bank’s top climate official.

Speaking at an environmental meeting in Pori, Finland, Rachel Kyte said the Rabat government’s recent decision to cut tax breaks for petrol and gas used a template other developing nations could follow.

“Then they started to incentivise investments in renewable energy, domestic and foreign.”

The latest subsidy-cutting programme was published in January, with support for a litre of diesel set to fall from $0.59 pre litre to $0.22 by October.

According to the IMF, by 2011 energy subsidies accounted for 5.5% of Morocco’s GDP, and 17% of its total investment budget.

More than 70% of the population were unaware that the real price of a 12-litre bottle of cooking gas was $14, as opposed to the government fixed retail price of $5.60.

Ministers launched an extensive communication and consultation strategy before choosing to implement a series of gradual reductions in support.

Kyte said these and the government’s longer term energy policies have already led to a clean energy investment leap from $300m to $1.8 billion.

This came on the back of the Arab Spring, which caused a tenfold drop in investment across the region, and lingering political instability in Morocco’s neighbours.

According to a 2013 report from the Overseas Development Institute (ODI) Indonesia, Pakistan and Venezuela spend twice as much on fossil fuel subsidies as they are on public health.

In 2013 they totalled US$544, but many developed and developing governments appear reluctant to attack them, fearing short term hikes in domestic energy prices.

Jordan, Indonesia and Malaysia also started to cut subsidies last year, but many leaders fear a repeat of Nigeria’s 2012 experience, where President Goodluck Jonathan first scrapped and then reinstated a government petrol subsidy, in the face of riots across the country.

But Kyte argued that if cuts are matched with policies to offer energy alternatives – such as efficient cookstoves, solar panels or efficiency schemes, they can work effectively – and will attract private sector support.

“There is a clear cause and response. You can act and send that clear signal – and the response from the private sector and investors is pretty quick,” she said.

“There is finance pent up looking for long term green and sustainable solutions.”

That confidence in green investment flows may surprise may long term observers of UN climate talks, used to warnings that these have long since dried up.

The UN’s nascent Green Climate Fund is the official response to this perceived cash crisis, but recent news that the green bond market raised $20bn in the past seven months suggests private interest in the sector is growing.

“It’s significant because you have some big bonds within that $21 billion – corporate bonds and utility bonds,” Kyte said.

“There is pent up capital that needs to invest in green…and there’s more of that being mandated – so they have to have somewhere to go.”

She added: “For Africa you see the opportunity for a clean energy mix that was never there before.