Save the Children: Ethiopia drought a ‘wake-up call’ to futureproof crops 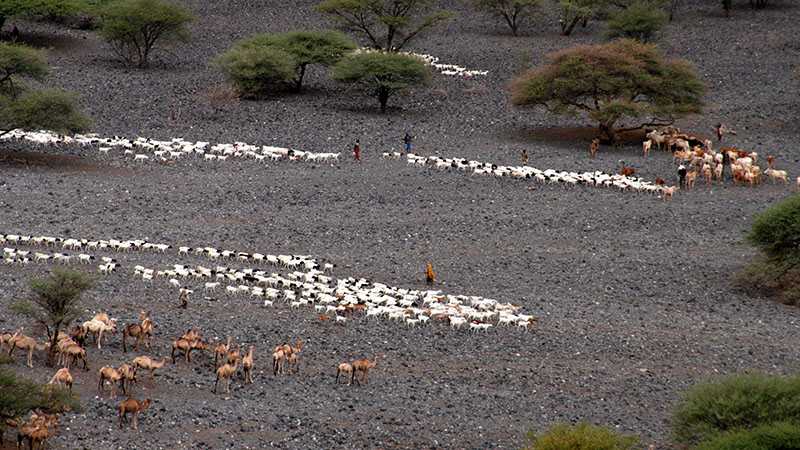 People from the Borena tribe drive their camels and livestock across parched, stony ground in Dire District in the southern Oromiya Region, one of the areas hardest hit by the drought. (Flickr/ UNICEF Ethiopia)

Ethiopia is experiencing its worst drought in 30 years.

The unfolding humanitarian crisis is on a par with the Syria conflict, according to Save the Children, and reveals the country’s grave exposure to global warming.

“This drought is a wake-up call to say the adaptation and resilience measures we are doing so far are not adequate to really strengthen peoples’ livelihoods, so they can withstand these droughts on their own resources,” said country director John Graham by phone from Addis Adaba. 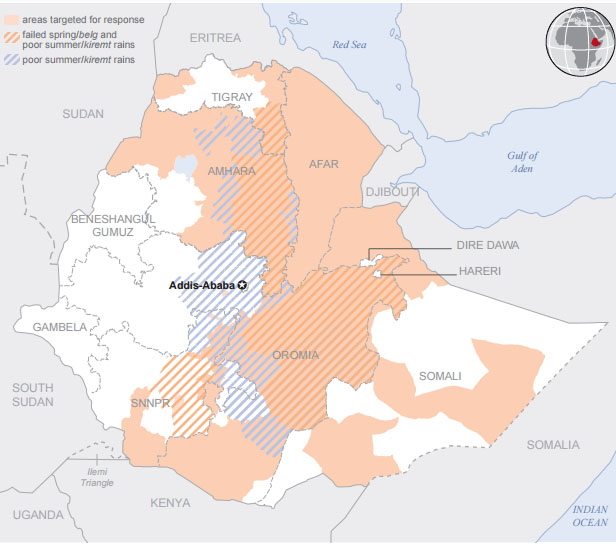 The international community must dramatically scale up funds available for drought-resistant crops to better prepare it for future dryness, he said.

Trials to plant more resilient foods like sorghum or the Andean grain quinoa have shown successes, but are too small in size to prevent malnutrition.

Ethiopia can apply for funds through bodies like the Global Environment Facility or UN-backed Green Climate Fund. Developed countries have promised to mobilise $100bn a year for developing nations by 2020 – half for low emissions projects and half for adapting to climate impacts.

A recent study by club of rich nations the OECD found $62bn flowed in 2013-14, of which a sixth was spent on adaptation projects. But the definition of what counts as climate finance is not settled, with many experts saying the true figure was lower.

Without emergency funding in Ethiopia, decades of falling poverty and child mortality rates could be reversed this year following the drought. An estimated 10 million are in need of food aid, while 350,000 babies are set to be born in the next six months.