Did Spain’s US conquest trigger a ‘little ice age’? 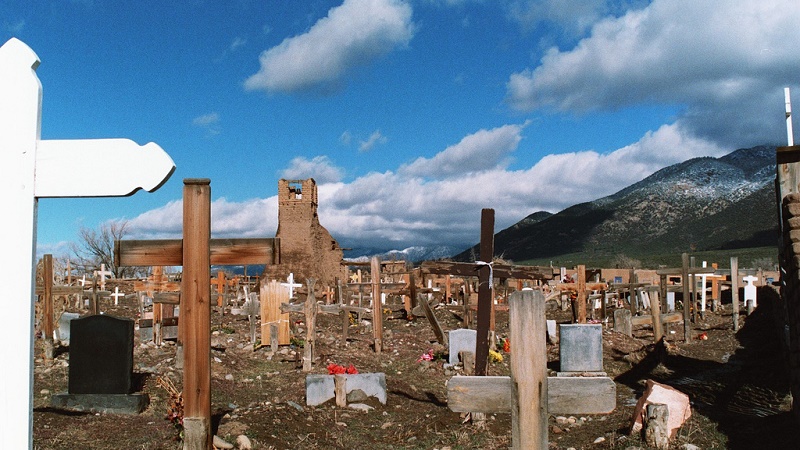 Spanish conquistadors may have indirectly triggered a centuries-long cooling of the climate.

That is a theory supported by archaelogical surveys and tree ring data published in PNAS this week.

Native American populations in New Mexico collapsed in the 1600s, as Catholic missionaries settled in their midst, researchers found.

In turn, that reduced the frequency of forest fires, allowing trees to regrow and suck more carbon dioxide from the atmosphere.

It is plausible that this caused a “little ice age”, said Christopher Roos, study co-author at Southern Methodist University in Texas.

“One argument suggests that indigenous population collapse in the Americas resulted in a reduction of carbon dioxide in the atmosphere because of forest regrowth in the early colonial period. Until now the evidence has been fairly ambiguous.”

The latest research narrows down the timing of drastic changes to human communities and forest ecology, lending weight to the hypothesis.

It was not when Spanish explorers first arrived in the region during the 1500s that Native Americans died in droves, but when Catholic missionaries started settling from 1620.

Prolonged contact with the colonists brought disease epidemics, violence and famine, killing 85% of the indigenous people by the 1690s.

“The loss of life is staggering,” said anthropologist and lead author Matthew Liebmann. “This had devastating effects on the social and economic lives of the survivors. Our research suggests that the effects were felt in the ecology of the forests too.”

More detailed study was needed to firm up the climate connection, Roos added.

The concept of a little ice age is in itself contentious, with sceptics of human-caused global warming citing it as evidence climate goes through natural cycles.

Following the so-called Medieval warm period, it is commonly defined as a period of cooler temperatures from the 16th to 19th centuries. The Intergovernmental Panel on Climate Change report in 2001 concluded the trends were regional not global, primarily affecting the Northern hemisphere.

In as much as there was cooling, the boost to US forests suggests a link to changing carbon dioxide levels in the atmosphere.

It will also feed the debate over whether – and when – human activity started a whole new geological epoch, the Anthropocene.