As investors in Davos tout $1trn investment opportunity in thawing ocean, climate lawyers are gearing up for a courtroom battle 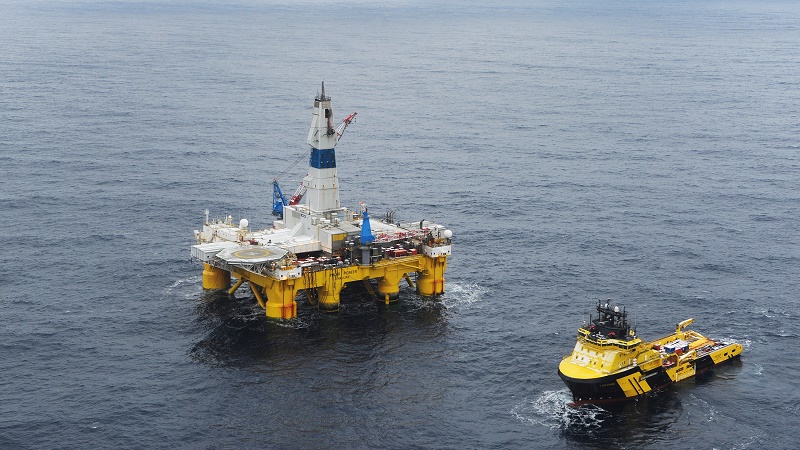 As the planet warms, melting ice caps reveal an embarrassment of natural riches in the Arctic.

Guggenheim Partners estimates there is a US$1 trillion investment opportunity over the next 15 years. They were one of the advisors behind a prospectus launched at the World Economic Council in Davos on Thursday.

Also on the council is Statoil, one of 26 companies bidding to open up a new oil frontier in Norway’s polar seas. Even as oil prices languish at US$30 a barrel, the company hopes to start drilling in 2017, saying technical innovations make the venture commercially viable.

Greenpeace has other ideas. Together with climate lawyers and other NGOs, it is aiming to block the licences on climate change grounds.

“Licensing for more oil and gas exploration… is problematic,” Greenpeace Norway director Truls Gulowsen told Climate Home. “We have already discovered more fossil fuels than it is safe to burn in a 1.5C or 2C scenario.”

Climate campaigners are mustering resources for a legal challenge, which they estimate will cost €200,000 (US$217,000) a year. Gulowsen said they expect to be able to file a complaint as soon as the government awards licences this spring.

A legal team headed by barrister Pal Lorentzen is preparing to argue that the authorities are violating Norway’s constitution.

It comes down to Article 112, which states: “Every person has the right to an environment that is conducive to health and to a natural environment whose productivity and diversity are maintained.

“Natural resources shall be managed on the basis of comprehensive long-term considerations which will safeguard this right for future generations as well.”

In an article last July, leading expert Beate Sjafjell of Oslo University drew on that and international law to conclude the Arctic oil rush was unlawful.

“Continuing with the Norwegian fossil fuel industry on a large scale will make it impossible for Norway to fulfil its obligation to ensure a liveable environment,” she wrote. “Not exploiting oil and gas in the Arctic is an obvious first place to draw the line.”

There was nothing so clear-cut in the Davos guidelines on responsible Arctic investment, although they did recommend “balancing economic benefits with environmental and climate goals”.

For Guggenheim chief investment officer Scott Minerd, it was all about opportunity. “As climate change transforms the Arctic, the Arctic will transform the world,” he said in a statement.