Business leaders from Unilever, Axa, Blackrock and JPMorgan among those chosen by Michael Bloomberg to rate threat posed by fossil fuel giants to global economy 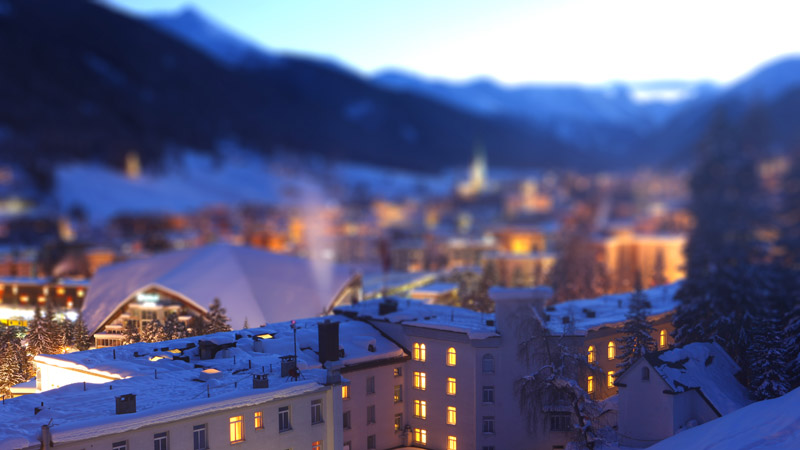 Fossil fuel companies are coming under increased pressure to disclose how global climate goals could hit their business.

At the World Economic Forum on Thursday, Michael Bloomberg unveiled his line-up for a climate risk disclosure task force. The former New York mayor was chosen last month to head the Financial Stability Board (FSB) initiative.

They brought an “essential” breadth of experience, said Bloomberg. “Managing climate-related risk is increasingly critical to financial stability, but it can’t be done without effective disclosure.

“The recommendations from the task force will increase transparency and help to make markets more efficient, and economies more stable and resilient.”

The team is expected to set out high level objectives in March and detailed recommendations by the end of the year.

These could include requirements for major companies to publish their carbon footprints, for example. As climate policies tighten, polluting businesses will become vulnerable to increased costs – a material concern for shareholders.

For coal, oil and gas producers, the core issue is whether their supplies can be burned under the 2C global warming cap set by governments in Paris last month.

Jane Ambachtsheer of Mercer Investments, a member of the task force, said: “Understanding the investment impacts of climate change is a growing priority for our clients.”

At present, there is a mishmash of voluntary carbon reporting schemes. The recommendations of the task force will also be optional, but will carry weight coming from the FSB, as a top international regulator.

Ben Caldecott, environmental economics expert at Oxford University, listed some “significant failures” of the current system: only some companies disclose data each year; it is often inaccurate, irrelevant or out of date; and much time is spent form-filling and verifying data under a range of systems.

“The FSB has brought together an impressive collection of key people and organisations able to identify and push forward much-needed reforms,” he said.

In Davos on Friday, the Carbon Tracker Initiative and Carbon Disclosure Standards Board are set to launch their proposals for better reporting.

This will show up which companies are a good bet for investors as economies shift to cleaner sources of energy, said Carbon Tracker’s Mark Campanale. Recent upheavals in the oil and coal markets show the importance of an “orderly transition for investors”, he said.

“It will be important to understand which individual fossil fuel companies may be at risk, as well as management’s plans for addressing the looming issue. They also should allow for a system-wide overview of how the transition is progressing over time.”