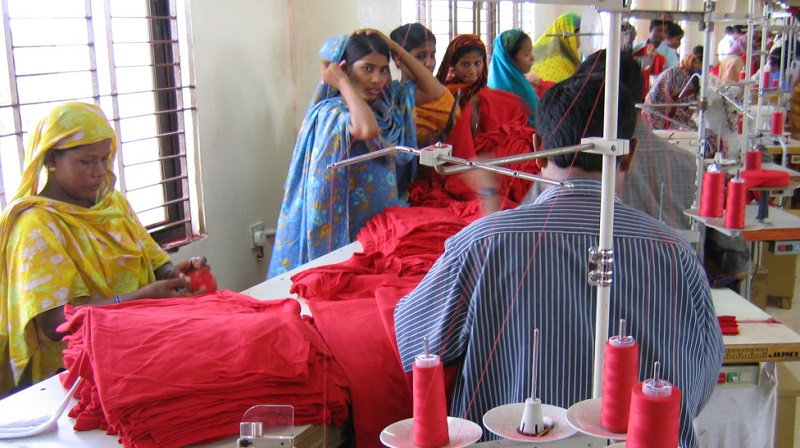 The central bank of Bangladesh is launching a US$200 million fund to green the country’s clothing factories.

The goal was “transforming Bangladesh into a fully fledged ‘green’ nation,” he told delegates, to stay competitive amid slowing global trade.

Following financial incentives to light Bangladeshi homes with solar power, it represents a scaling up of the bank’s green ambitions.

While it is not yet clear how, the fund is to shrink the carbon footprint of Bangladesh’s textile industry – the second largest in the world – and leather production.

A development economist by background, Rahman has used his role at Bangladesh Bank since 2009 to promote sustainable growth.

“He has been pushing green banking down the throats of the commercial banking sector in Bangladesh,” said climate expert Saleemul Huq. “It has been a mixed success – not everybody has taken it up.”

But he says the results are visible in a rapid roll-out of solar panels to rural homes, made possible by financial innovation.

In 2010, the bank started offering cut-rate loans to financial institutions lending to green projects. That trickled down to make solar systems affordable to poor households.

The International Institute for Environment and Development, where Huq is a senior fellow, evaluated the impact in a report published last August.

Combined with improvements in after-sale service, researchers found the low cost finance had accelerated take-up of solar home systems, with 3 million installed by 2014.

“People have been buying them like crazy,” said Huq. For lower weekly instalments than the cost of kerosene, families could get electric light and perhaps a radio or TV.

“The demand for lighting comes from children telling their parents they need lighting to do their homework at night. That is really the driving force.”

Around a third of the country’s 170 million population lacks electric power. As the government struggles to push through coal power plants, solar is key to a goal of universal access by 2021.

Rahman signalled Bangladesh Bank is preparing to expand the low carbon push to other sectors. “These are only small initial steps,” he said, “with lots more to do in our intended countrywide transition to environmentally sustainable output practices and lifestyles.”

It may issue a green bond to raise money for such projects, he added – a suggestion welcomed by the Climate Bonds Initiative.

“We look forward to Dr. Atiur and his pioneering central bank to show us its next steps in the transition,” wrote the think tank’s CEO Sean Kidney in a blog. “Bravo, Bangladesh!”