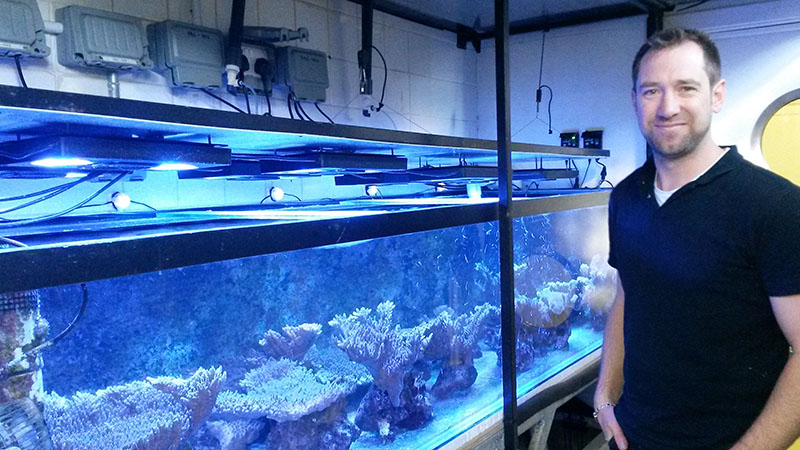 A small laboratory nestling in the bowels of one of London’s more eccentric museums is an unlikely venue for a breakthrough scientists hope can help save the world’s coral reefs.

Perched on a hill in South East London, the Horniman is best known for its collection of stuffed animals – including a giant walrus – and a vast display of musical instruments.

But tucked away from prying eyes, a team of four led by aquarium curator Jamie Craggs have become the first British scientists to use IVF to artificially reproduce coral.

It is not the first time this has been done globally. What makes this achievement unique is the team appear to have worked out why and when corals decide to spawn, previously a mystery.

In the oceans this usually happens once a year under specific conditions, limiting the opportunities for scientists to collect eggs and sperm.

Craggs thinks his team may have cracked the code, which is linked to water temperature, light and feeding patterns.

“There’s a lot of research into the impact of climate change on corals but a reef can’t recover unless it can reproduce,” he says.

“The limit at the moment is researchers have 2-3 days to do all their studies in the year because of these mass spawning events.

“But if we understand it in captivity can we then manipulate the corals using [computers] so we can spawn when we want.” 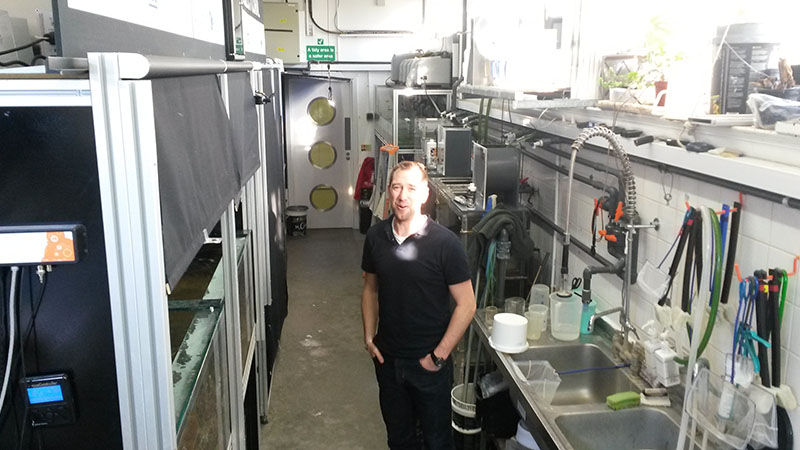 They are now facing threats including over-fishing, attacks by alien species, ocean acidification and global warming, that some experts warn could lead to extinctions.

Last October, experts at US agency NOAA said a mass die-off of corals was taking place across the world, linked to climate change and the El Nino weather phenomenon.

It can take 10-15 years for corals to grow back after a ‘bleaching’ event, removing a vital part of the ocean food chain and leaving the organisms weaker than before.

How does coral IVF work?

The team first created the conditions for a rare ‘spawning’ of eggs: Nine corals from two species known as Acropora tenuis and Acropora millepora released an estimated 130,000. Using the eggs and the sperm contained inside each cluster they completed eight cross-fertilizations, shaking the mixture in a test tube to replicate waves, a process that eventually resulted in thousands of ‘babies’ now growing slowly in carefully monitored conditions.

“Corals are fundamental to structure of reefs, and a quarter of all marine species occur on coral reefs,” says Cragg.

“They offer a myriad of niche environments where an explosion of life can occur. If you remove the corals the environment and life disappears. These are the architects of the reef.”

Deterioration in the past few decades has been marked. A study cited by WWF claims 27% of the world’s coral had been destroyed by 2003. The International Union for Conservation of Nature says coral cover on Caribbean reefs fell from 50% in the 1960s to 8% by 2013. 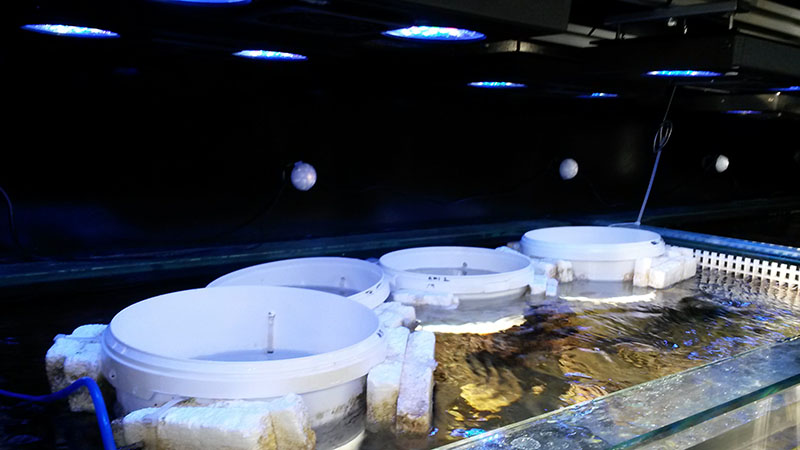 The corals are kept in tanks under computer-controlled LEDs that replicate their natural conditions throughout the day (Pic: Ed King)

Experts are in a race against time to protect the planet’s remaining reefs. And if they can’t save coral in its current form, they may be able to develop newer, resilient species that can cope in a warming world.

If the success could be replicated, it would mean more raw materials for scientists to work with, more chances to experiment with coral blends that could be more resistant to climate change.

The Australian Institute for Marine Science and the Smithsonian Institute have formed a partnership for human assisted evolution – identifying types of coral that can cope with warming waters.

Still – it’s early days, stresses Craggs. He is working with samples taken from Singapore and the Great Barrier Reef which already carried eggs.

“We need to make sure our method is working accurately. This is one success. The next challenge is to go through the whole cycle in captivity – that would be very special.” he says.