UN: Freak weather a warning to step up climate defences 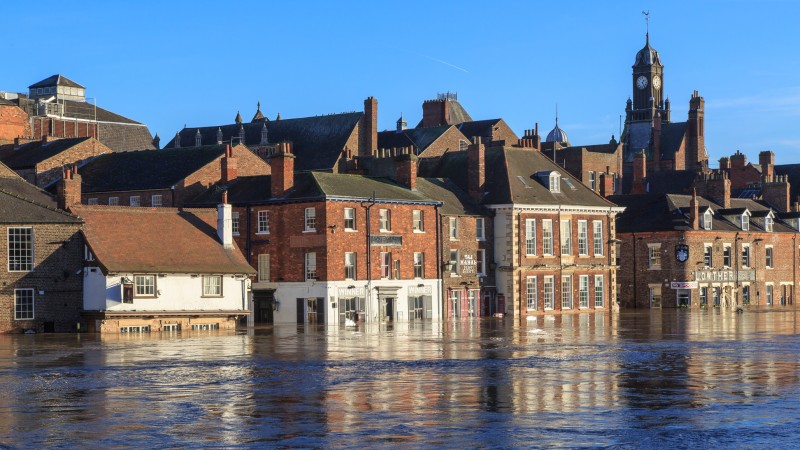 Houses inundated in York, England after torrential rain caused rivers to burst banks. Damages are set to run into the billions of pounds (Flickr/ Alh1)

Governments have been told to face a “new abnormal” of extreme weather after a wave of natural disasters wrought death and economic damage around the world in recent days.

Heavy flooding in Britain and South America, and devastating tornadoes in the US has laid bare the lack of official preventative measures, Margareta Wahlstrom, head of the UN’s disaster risk reduction agency said on Tuesday.

They highlighted how climate change-linked events were becoming harder to predict as the planet overheats, she said.

Implementing an UN-backed framework to protect people against climate impacts agreed by 187 states earlier this year was “critical”, the official at the Geneva-based agency said.

“We have no time to lose as weather-related disasters continue to increase, affecting millions of people.”

The worst floods in a decade have forced over 170,000 people to flee their homes in Paraguay, Argentina, Brazil and Uruguay.

Strong storms killed more than 20 people across the US and destroyed buildings.

In Mexico, unusual snowfall covered the state of Chihuahua as temperatures plunged. Chronic drought in East Africa is leading to a humanitarian crisis.

Governments received warnings by forecasters in November that a strengthening El Nino would lead to erratic rainfall but didn’t respond accordingly, said Wahlstrom.

“We cannot ignore science. Their findings need to be better included in long-term policies.”

The Sendai Framework sets out 15-year targets for countries to invest in flood defences, strengthen building codes and develop early warning mechanisms to save lives and limit financial losses.