War gaming the climate: How global warming could trigger nationalism 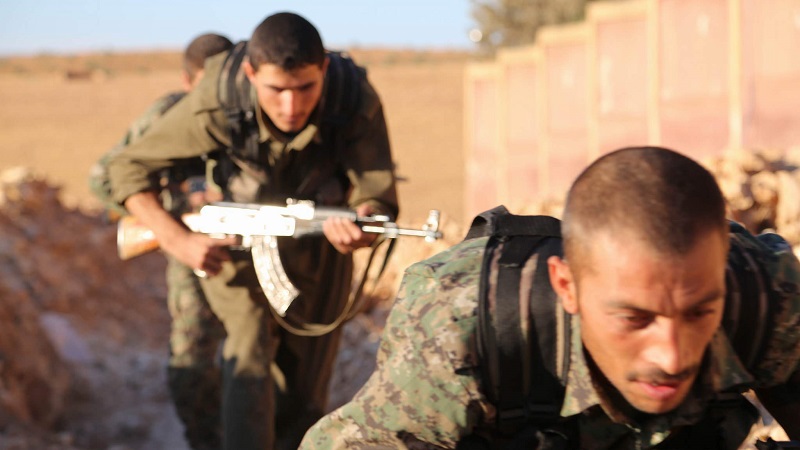 What do US presidential hopeful Bernie Sanders, the Prince of Wales and pop star Charlotte Church have in common?

They’ve all linked climate change to the Syrian refugee crisis – and drawn scorn for it. To critics, blaming global warming diminishes the responsibility of people, whether President Bashar Al-Assad, Daesh or Western leaders who failed to intervene.

The hoo-ha highlights a gap in our thinking. Because the shifts in temperature, rainfall and sea levels expected over the coming decades will not happen in isolation from the actions of the powerful.

Climate models can only take you so far. To understand the second and third-order effects, you need to add in a layer of human irrationality.

That is why an exercise carried out in Delhi, March 2015, was so important: probably the first global climate war game.

Backed by the UK’s foreign office and Skoll Global Threats Fund, 24 experts met to play out the implications of a heating planet. These included retired military personnel, diplomats and scientists.

Individuals took the roles of major powers: the US, EU, China, India, Russia and the Middle East. They decided how much to invest in military power, food production and infrastructure, among other things, with each turn representing a decade.

ANM Muniruzzaman, a retired Bangladeshi major general, was among them. And the outcomes concerned him.

“As climate scenarios became more and more difficult and complex, I would have expected people to be reaching out and being more inclusive,” he tells Climate Home.

“The countries’ reactions were just the opposite: They became more inward-looking and insular.”

Nationalism surged as vital resources came under pressure. Those near the source of rivers hoarded increasingly scarce water, triggering crop failure in downstream countries and migration of farmers to the more productive regions.

In two of the four games, players resorted to geoengineering to lessen the warming effect. A powerful country – the US – was able to go ahead despite concerns from Russia and the Middle East about unintended consequences.

The controversial technology chosen involves pumping aerosols into the air to reflect some of the sun’s heat. Once started, the treatment must be maintained or temperatures will shoot up again – so one gung-ho technologist can effectively coerce others into chipping in.

Muniruzzaman reflects: “Many countries didn’t understand the interconnectedness of the problem. They wanted to solve the problem one piece at a time. We were telling people: you need to connect the dots.”

Not that there was no cooperation. Players gave climate aid to neighbours or regions within their sphere of influence: US to Andean states, EU to Africa and India to Bangladesh.

But as the game went on, donors became overwhelmed by the scale of demand for cash, or retrenched to deal with instability at home.

To Neil Morisetti, a retired British rear admiral, this was not too surprising. “If you think about it, the demand for natural resources is only going one direction at the moment,” he says, while climate change can squeeze supplies. “Ultimately, there is a tendency to look after your own first.”

An advisor to CNA, the US-based think tank that designed the game, Morisetti did not take part in the Delhi exercise. But he expects to see more military scenario-mapping of this kind.

“There is no suggestion there is a security solution to climate change,” he says, “but security forces may be involved at some point…

“We need to be considering the impact of a changing climate like any other threat to geopolitical stability.”

War games cannot predict everything. They help to visualise possible or likely outcomes, but none are inevitable.

In Paris this month, 195 countries agreed to limit greenhouse gas emissions and hold temperature rise “well below 2C”. That has been pegged as a threshold for dangerous climate impacts – although some small island states will be swallowed by rising seas before that point.

Also in the deal was a section on “loss and damage”: an acknowledgement that even low levels of warming bring irreversible effects. It kicks off further work to manage climate-linked migration, for one thing.

It is a step in the right direction, says Muniruzzaman, who chairs the Global Military Advisory Council on Climate Change, but “doesn’t solve the most difficult issues”.

There is still no universally accepted definition of an environmental refugee. And the flows of people forecast in the Delhi scenarios make the Syria situation look “very minor”, he says.

Within regions where resources come under strain, conflict can erupt. Both ex-military officers see that as a factor in the rise of groups like Daesh, Boko Haram and Al-Shabaab today.

Muniruzzaman adds: “If you continue to marginalise people, you are creating a ready stream of recruits for terrorist organisations.”