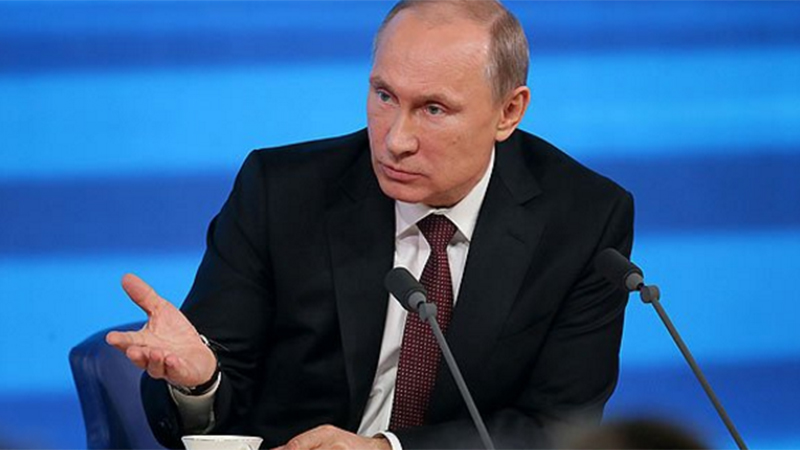 Help Russia scale up nanotechnology, its president exhorted an international audience in his five minutes at the podium.

Those extraordinary molecules could manipulate aluminium to make lightweight airplanes, sturdier cement, or cables more ductile than copper. In theory.

“Literally we are standing ready to exchange those technological solutions,” Putin said.

The fibres used at nanoscale (one billionth of a metre) could cut CO2 160-180 million tonnes (Mt) by 2030, he claimed. Russia emits 2,322 Mt CO2-equivalent a year, or 5.4% of global emissions, according to World Resources Institute data.

Carbon nanotubes have been proven to work under laboratory conditions, but are years from being commercially viable.

Russia, one of the planet’s top historical polluters, say it seeks to drive down high costs through investing in R&D to make the technology more competitive.

State-owned technology investment firm Rusnano planned to funnel over 30 billion rubles (US$403 m) to companies such as OCSiAl last year for such projects.

Chairman and former Kremlin official Anatoly Chubais, who masterminded the firesale of the country’s public assets in the 1990s, is ebullient.

Emissions prevented by adding nanotubes to materials will be equal or greater than those saved by renewable energies by 2030, he told the Siberian Times in October, while attending a trade forum in Japan.

And those are conservative assumptions, he said. Rusnano aims to boost its production of the materials from 0.2 tonnes to 30-40t within two to three years. Global output was just 2t in 2014.

They would be tackling industrial processes that account for 28% of global greenhouse gases, the company calculates.

But an American expert criticised Putin’s speech as “bewildering” and said it would have a negligible effect on cutting emissions.

“This is really a bunch of nonsense and I feel Russians walking away from that meeting are rubbing their hands saying: ‘They bought it’,” said James Tour, a professor of chemistry at Rice University in Houston, Texas.

Producing nanotubes wouldn’t recoup the energy expended at blazing temperatures to produce them, he added. Besides, ventures in the US, East Asia and Europe were making surer progress with stronger patent systems and better scientists.

Alan Windle, emeritus professor in materials science at the University of Cambridge, took a more positive view. Companies had to get developing the product, rather than delaying on further research if they wanted to make breakthroughs.

“I’m very excited by the level of Russian investment, because I think the potential of other big-scale investments could be a de-risking step,” he said. “This could lead to real progress.”

Separately, Putin repeated Russia’s aim to slash emissions 70% on 1990 levels within 15 years at the summit, by using its vast forests as carbon sinks.

That plan was “a magnum opus of hypotheticals,” said Thomas Hale at Oxford University’s Blavatnik School of Government, on its announcement in March 2015.

This story was updated to reflect comments by James Tour and correct Russia’s annual carbon emissions which were stated incorrectly.