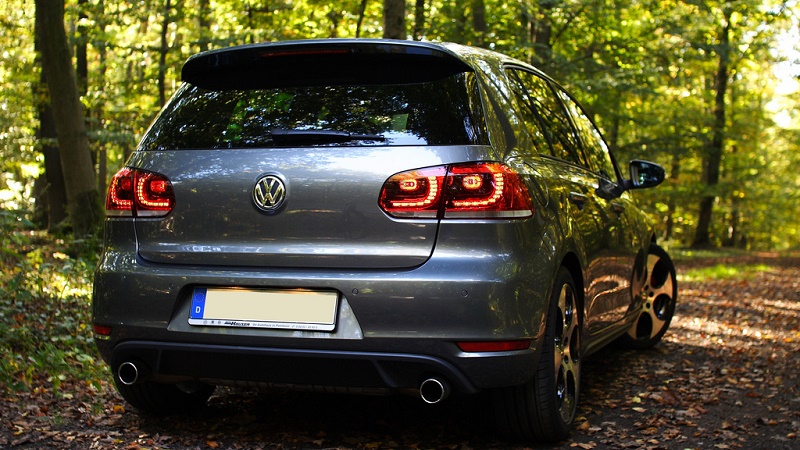 Volkswagen Golf is one of 16 models affected (Pic: Flickr/Martin Schmitt)

Volkswagen could face US$90 billion in fines for alleged fiddling of emissions tests for diesel cars, under a US government lawsuit filed on Monday.

Using “defeat devices”, the German automaker tricked regulators into certifying vehicles that would not otherwise have met pollution standards, the Department of Justice charged.

Nearly 600,000 engines were fitted with the illegal devices, according to the complaint, causing harmful excess NOx emissions.

Cynthia Giles, enforcement official at the Environmental Protection Agency, said the filing was “an important step to protect public health”.

Discussions with the company about recalling affected vehicles “have not produced an acceptable way forward,” she added. They will continue in parallel with the civil court case.

The US, in common with the EU and other countries, sets minimum standards to curb polluting emissions from cars, vans and lorries. Regulators verify performance through routine tests.

European clean transport campaigners have been warning for years that manufacturers manipulate the test results. But it took an EPA investigation against Volkswagen launched last September to turn a niche concern into a scandal.

It found the brand, plus Audi and Porsche in the same corporation, equipped cars with software to detect when they were being tested. That triggered systems to control emissions.

NOx is a group of gases linked to asthma and other respiratory diseases. Nitrous oxide also contributes to climate change, with a warming effect 300 times that of CO2, by weight.

Volkswagen has admitted to using the defeat devices and apologised to customers, initially painting it as the work of a few rogue engineers.

But independent tests have found gaps between certified and real-world performance in several brands of diesel car, suggesting such cheating is endemic in the industry.

“The United States will pursue all appropriate remedies against Volkswagen to redress the violations of our nation’s clean air laws alleged in the complaint.”

The department is also considering criminal charges of fraud for misleading consumers and regulators, which would require stronger proof than the civil action.

In a statement, Volkswagen said it would “continue to work cooperatively with the EPA on developing remedies to bring the TDI vehicles into full compliance with regulations as soon as possible”.

The company is also working with lawyer Kenneth Feinberg “to develop an independent, fair and swift process for resolving private consumer claims relating to these issues”.