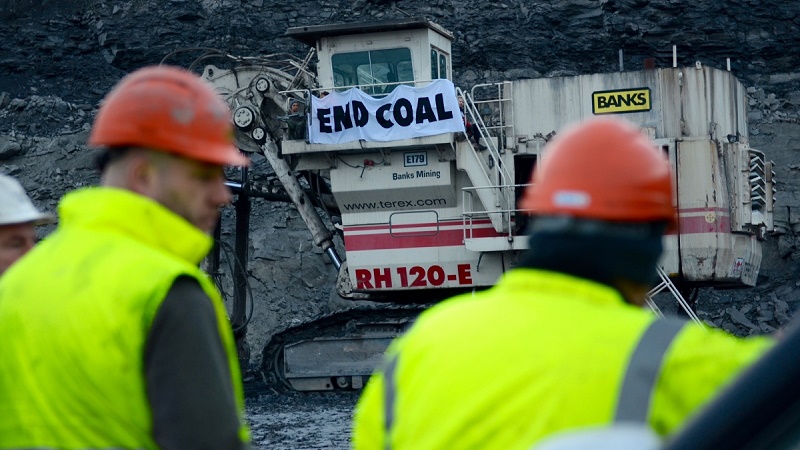 Protesters raised a banner and locked themselves to equipment at Shotton opencast coal mine, UK (Pic: End Coal Now)

Activists who shut down a UK opencast coal mine have taken to a crowdfunding website to meet court-ordered costs, after pleading guilty to aggravated trespass.

Eight members of “Matt Ridley’s Conscience”, a group named after the Conservative peer and climate sceptic columnist who owns the land, owe £9,000 (US$13,000) between them.

They are calling on sympathisers to chip in, with the bulk of money going to compensate Banks Mining Group for the eight-hour disruption on 26 October. Contributions have topped £4,000.

In a statement following the 16 December sentencing, the group expressed defiance, saying: “Though we chose to declare ourselves guilty in court, we see this as no reflection of morality…

“We urge Matt to listen to his Conscience and to wake up to the consequences of his actions. The coal profits lining his bank account come at the cost of the deaths and displacement caused by climate change.”

Scientists estimate more than 80% of proven coal reserves worldwide must stay in the ground to hold global warming to 2C. That was the upper limit on temperature rise 195 countries agreed on in Paris last month, with a recognition that 1.5C was safer. 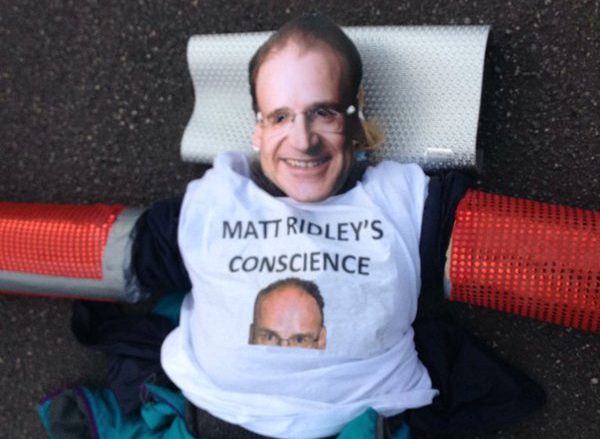 Ridley described the 2C threshold as “meaningless” in his weekly Times column, arguing it was “many decades away, and depends on many unknown factors”.

He has repeatedly attacked renewable energy subsidies and declines to reveal the size of his financial interest in coal mining, citing commercial confidentiality.