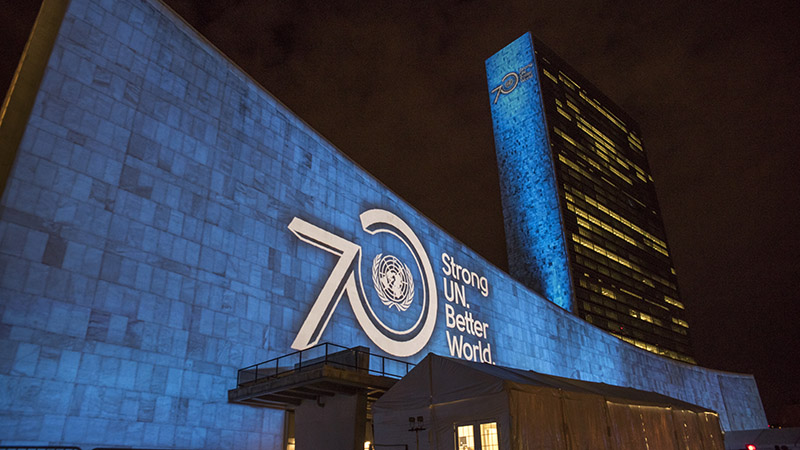 The United Nations headquarters in New York. A book to sign the Paris agreement will lie open for one year until 22 April 2017 (Pic: UN Photos)

In a new global warming pact, countries set out milestones over the next five years in a bid to bridge the gap between national targets and what science recommends.

Climate offers from 187 out of 195 countries fail to cap warming to the upper limit of 2C this century. Instead the planet is set to heat up at least 2.7C, according to the UN.

That’s why a “global stocktake” of pledges to reduce greenhouse emissions or “intended nationally determined contributions” is slated for 2018. And by 2020, the pact encourages – but does not require – countries to submit updated plans.

But instead of allowing the years to pass by, a group of researchers involved in drafting countries’ pledges is calling for action today.

Climate calendar: the next five years at a glance?

In a manifesto released by Institute for European Energy and Climate Policy on Monday, they write: “There is nothing to stop each and every country to revise its existing (I)NDC during the Paris Agreement adoption process of the agreement.”

A suitable time to do this is 21 April 2017, the day the official signature book closes at UNHQ in New York, The Hague-based body says. The agreement will take effect in 2020, provided 55 countries accounting for 55% of global emissions ratify it.

“Let’s ensure that the political momentum built up in Paris – involving 150 head of states and prime ministers – do not fade away,” it reads.

“As we have seen INDC formulation processes and content formulation from the inside, we know that there is a lot of room for realistic and feasible improvements towards higher ambition.”

The EU climate commissioner said improving its 2030 pledge was up for the next Commission to decide earlier this month, though it may now reassess it in light of the Paris summit. Analysts say it is unlikely top emitters the US, China or India will revise their INDCs before 2020.

Argentina and Canada however are due to review their pledges, following recent changes of government.