International climate change advocate will leave government in January, after fighting for a UN deal at COP21 in Paris 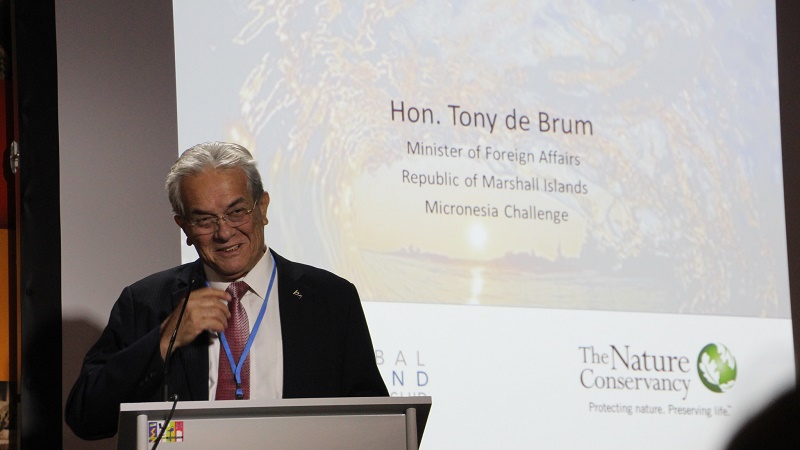 Marshall Islands foreign minister Tony de Brum has lost his seat in parliament following a recent election, and will step down in January.

A tireless campaigner for action to save his island home from rising oceans, de Brum is in Paris for what could be his last UN climate summit.

Asked about the election result on Saturday, before it was finalised as postal votes were still being counted, the 70-year-old appeared relaxed.

“Constituents always know best – they probably know I am too old already and it is time to hang up my fishing line,” he said.

“Governments come and go, but that is not going to change the severity of the climate change issue by an iota. Whichever government comes in next will be just as concerned about climate change as we have been in the last few years.”

As a low-lying group of coral atolls, the Marshall Islands are acutely vulnerable to sea level rise and increasingly intense storms brought by global warming. They are also a maritime hub, with the world’s third largest shipping registry.

Representing the country, de Brum has travelled the world lobbying for stricter curbs on greenhouse gas emissions and support to protect citizens from the impacts.

In May, he took on his country’s shipping lobby, urging the International Maritime Organization to set an emissions target for the lightly regulated sector. The UN body refused.

At COP21, he and other island states are calling for a 1.5C limit on global warming, 5-yearly reviews to ramp up ambition and a mechanism to address irreversible damage from a heating planet.