Inside COP21: What happens next at the Paris climate talks?

BLOG: With 9 days of talks left before a global pact to limit warming to below 2C is set to be signed, pressure is rising on negotiators 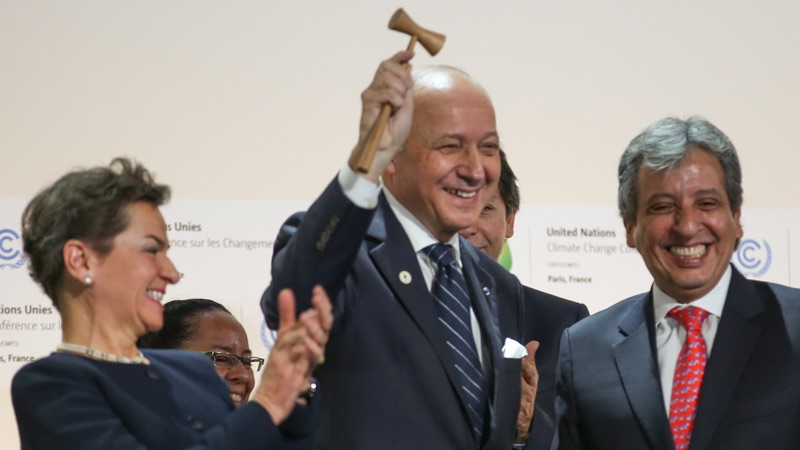 “Let’s have an informal informal after the ADP contact group, I need to run through some landing zones and get medieval on the brackets.”

I made that bit up. But it’s the kind of quirky chat you could hear if you nosed into conversations between negotiators at the Paris climate talks.

The lingo, jargon and curious UN-speak is a world away from normality. But then having 195 countries stuck on a windswept airfield negotiating a deal to save the world isn’t really normal.

Officially there are 9 days left of talks here in Paris.

After a day when Putin, Mugabe, Morales, Erdogan, Obama, Netanyahu, Modi and Jinping agreed that climate change is a serious threat, work is now underway.

And according to a senior negotiator who spoke on condition of anonymity, work has started pretty smoothly. “That itself is an achievement,” they said.

Talks are taking place on three levels – think of them as pyramid. At the top is what’s called an “open ended contact group” (aka a meeting) involving 195 countries plus the EU, which makes it 196.

This is where all proposals are thrashed out in what the UN says is a transparent fashion, filmed on camera and broadcast to NGOs watching in a separate room.

Below this we have between 12-20 meetings run by ‘co-facilitators’. These are a little more technical, looking at issues like finance, pre-2020 climate actions, the long term goal and a possible review mechanism.

If and when they have signs of progress they report upwards. If not they stay encamped – working until 2am on Tuesday morning according to our source.

And then we have the “informal informal” meetings, so informal they named them twice. This is a chance for small groups of countries to hang out over a coffee and discuss a paragraph, sentence or perhaps a word.

G77: US diplomats must practice what Obama preaches in Paris

If and when they have signs of progress they report upwards. “Engagement is very high already and a lot of work is going on,” said our source.

That’s good news, because the two men co-chairing these talks have set a tough timeline this week. They want a draft text for a global agreement to be finalised by Saturday, ready for ministers when they arrive on Sunday.

“The hope is there will be fewer brackets and options and what will be left will be political issues,” says our source.

From there the text becomes owned by the French hosts of the COP21 talks. And they have three options.

One, they take over and directly engage ministers in the nitty gritty. Two, they allow the co-chairs and expert negotiators to do the work. Three, a bit of both.

The idea there could be a fourth where France writes its own text was kiboshed by COP president and France foreign minister Fabius this week.

“We have no hidden agenda and no secrets, and no text in our pockets,” he said. Remember in 2009 the Danish hosts of the UN summit did have an agenda and a secret text – it wrecked trust and the deal collapsed.

France appears to be holding its cards close, waiting perhaps to see what the outcome of the first week of talks is. But the country has got a fairly good idea of where countries stand, due to a diplomatic blitz in 2015.

Morning brief: Sign up for our daily email update from COP21

Until then we wait, gleaning the odd snippet from negotiators hurrying between informals, facilitators and the contact group.

For two weeks laptops, coffee and weary eyes will mark the frontline of climate change – but the suited envoys seem keen to step onto the pitch and meet the challenge.

“I’m definitely not nervous, The time has come. There is unanimous acknowledgement that climate change is a problem and the time has come to deal with it,” said Angolan diplomat Giza Gaspar Martins.

“We are anxious to get on with it, we have received quite a bit of political, direction and guidance – it’s time at the technical level to further do work, separate issues that remain political, seek political guidance and solve them.

“We’ve been engaged in this for 4 years. We know what the issues are. It’s time to codify them.”