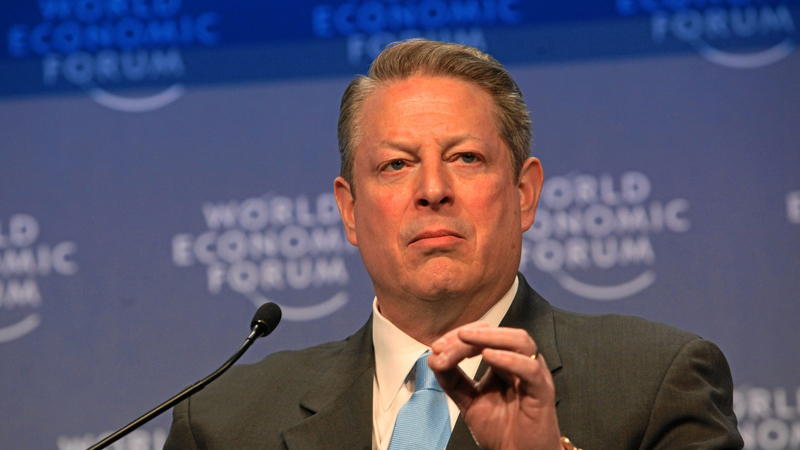 US climate champion Al Gore excoriated the UK government on Tuesday for cancelling a slew of clean energy projects that eroded its hard-won leadership role ahead of a key UN summit.

“I try to never interfere in the politics of another nation… but as a friend of the United Kingdom I must tell you with all candour I am puzzled,” he said in a rapturous keynote speech at times resembling a baptist preacher.

The former vice president, who negotiated for the US at Kyoto, then emphatically listed policies that been ditched.

“This country’s commitment to zero carbon buildings has been cancelled, the green deal cancelled… the renewable obligation and contracts for difference gone, public ownership of the green investment bank has been privatised,’” he continued.

Standing ovation for @algore:we can change if we have the political will. Political will is itself a renewable energy pic.twitter.com/ZdbdWlxYJm

Gore drew marked contrast with the stance of US President Barack Obama, who had shown strong climate leadership and engineered carbon-cutting agreements with top polluter China.

Almost 200 nations will succeed in signing off on a global warming agreement in Paris in December, which aims to cap warming to 2C by 2100, Gore said.

Tackling climate change was akin to a choice between “the hard right and the easy wrong”, Gore said as he laid out the moral and economic arguments to act.

By contrast, UK leader Cameron was taking decisions not in the best interests of the country, and turning its back on a low-carbon world.

Innovation of the business community could get the planet off the course of dangerous warming, if it wanted it.

Gore mentioned huge costs to economies through extreme weather and ruined crop yields, as well as the threat of mass extinction of wildlife.

Dismissing claims he was overly optimistic, Gore said his conviction was not due to an “act of will or defiance” but a “realistic reading of the facts”.

The Democrat who won the popular vote but lost the 2000 election to George W. Bush now trains campaigners in the Climate Reality Project across eight key emitters from the US to India.

“What if we had an inspiring morally based vision to unleash this kind of vision now – well guess what – we have one. However you label it, it is to save the future of humankind.”