UPDATED: French government set to rule whether 29 November demo can go ahead by Thursday, say organisers 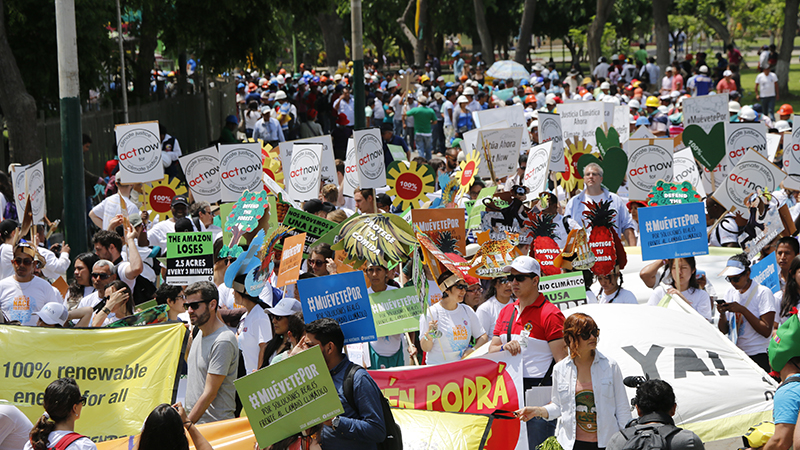 Campaigners are determined to go ahead with a march in Paris the day before world leaders appear at a UN climate change conference, despite recent terrorist attacks.

A coalition of 130 groups including Avaaz and 350.org said on Monday evening they would “implement all our efforts to hold all the mobilizations current planned”.

That is at odds with France’s prime minister Manuel Valls’ remarks that events outside the core negotiations would “undoubtedly be cancelled”.

President Francois Hollande has declared a state of emergency in response to the country’s worst loss of life since the Second World War.

Activists met on Tuesday with foreign minister and chair of the ‘COP21’ event, Laurent Fabius, to convince the government to let the march continue.

Fabius said he understood calls to not to be silenced by Islamic extremists, but the government had to guarantee the safety of participants, said Alix Mazounie, a campaigner at RAC-France, after the meeting.

“The most important thing is what the prime minister says. Those decisions will be made tomorrow or Thursday,” she told Climate Home by phone.

Organisers had hoped to draw 200,000 people to the march. That was before Friday’s massacre, in which gunmen killed 129 and injured more than 350 people. The government wants to be sure it can secure the route and control crowds.

“While taking into account the exceptional circumstances, we believe that COP21 can not take place without participation or without the mobilizations of civil society in France,” read a statement by Coalition 21 Climat.

Nicolas Haeringer, a campaigner at 350.org, said: “The tragedy in Paris has only strengthened our resolve.

“We can think of few better responses to violence and terror than this movement’s push for peace and hope.”

Organisers of affiliated marches in London are to meet on Tuesday, Climate Home understands.

Marches in New York, Sydney and New Zealand are also planned to put pressure on world leaders to act on global warming.

“No matter what happens in Paris, mobilisation will happen across the world sending a strong message on climate change, solidarity and unity,” Mazounie added.