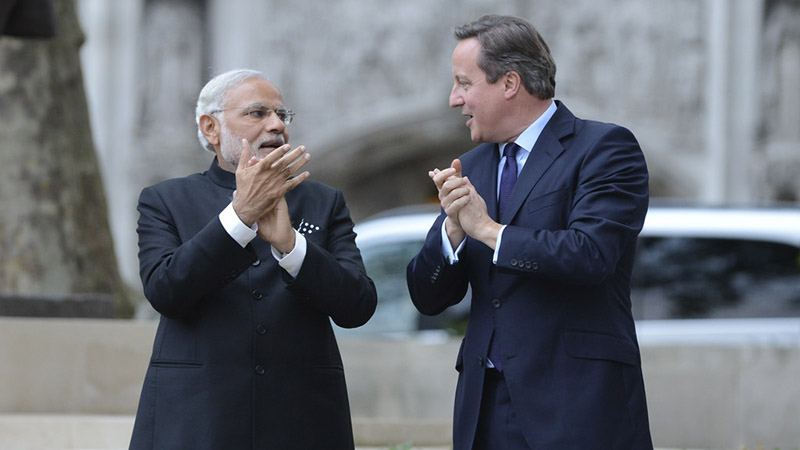 The British government has announced a low carbon trading partnership with India worth billions, weeks before a global climate change summit kicks off in France.

Signed off by Indian PM Narendra Modi on the first day of a three-day visit to the UK, the deal is part of a wider £10 billion package between the two countries.

UK solar and hydrogen fuel cell businesses are expected to benefit, getting access to India’s fast-growing market for cleaner forms of energy.

“The upcoming talks in Paris will be a crucial moment in the fight against climate change and I am pleased to be able to work closely with India to ensure that the deal we secure helps to keep the below 2C limit on global warming within reach,” UK energy chief Amber Rudd said in a statement.

Rudd came under fierce criticism this week after it emerged she does not believe the UK is on course to meet an EU target of sourcing 15% of energy from renewables by 2020.

A leaked letter earlier this week revealed the country is on course for 11.5% without new policies.

Since taking office in May, Rudd’s department has overseen swingeing cuts to support for wind, solar, greener cars and low carbon housing.

On Thursday, a report from the Overseas Development Institute and Oil Change International revealed the UK was the only G7 country to have increased fossil fuel subsidies.

It estimates the UK gave £6 billion a year to companies like BP and Shell over 2013 and 2014 in the form of tax breaks and other incentives, double the amount of renewable energy support.

That flies in the face of a 2009 pledge by G20 countries to phase out “inefficient” boosts to polluters.

“The UK stands out as a major industrialised economy that, despite the G20 pledge, has dramatically increased its support to fossil fuels in recent years,” said the report.