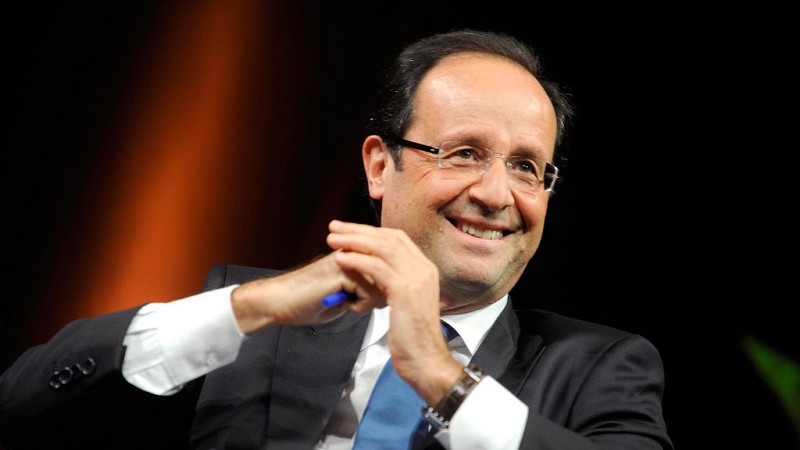 French president Francois Hollande brought round Xi Jinping on Monday to back regular reviews of emissions cuts as part of a new global warming accord.

Four weeks before countries meet in Paris, the summit host agreed with the world’s top carbon polluter a December UN conference must send a “clear signal” to green and climate-proof development.

At the Great Hall of the People, the seat of China’s legislature, Hollande told a news conference the declaration established a “likelihood the Paris conference will succeed,” AP reported.

France, as part of the G7 group of major economies, has called for a target to decarbonise the global economy before 2100, to put the 2C threshold into practice.

In Monday’s statement, China agreed on the need to shift growth on a low carbon path this century. Both sides promised within five years to publish carbon-cutting strategies out to 2050.

However, they qualified this trend must be “at a rhythm consistent with strong economic growth and equitable social development”.

Xi and Hollande backed a “comprehensive review” every five years to assess progress towards the long term goal. That process should start in 2017/18 to explore ways to strengthen action by 2020, when the Paris deal kicks in, they said.

They also called for increasing climate finance to developing countries after 2020, in particular to shield the most vulnerable from the impacts of climate change.

In a separate deal, France and China also signed a nuclear cooperation agreement on nuclear waste recycling that could be worth $22 billion, Bloomberg reported.

Following a series of bilateral announcements between China and the US, the latest climate initiative was hailed as a sign the EU still has influence in the climate discourse.

Jennifer Morgan, an expert at the World Resources Institute, saw a clear shift in China’s position on a review mechanism to ramp up climate action.

“I think this is very much a signal of the full weight of French diplomacy,” she said.

China has committed to peak emissions by 2030 and pledged US$3.1 billion of climate finance for the developing world. The world’s clean energy superpower is scaling up renewable energy investments, planning to quadruple solar power installations by 2020.

“Exactly four weeks before world leaders convene in Paris, it is encouraging to see the ball rolling and diplomacy nudging us a small step forward,” said Greenpeace analyst Li Shuo.

“With the recent decline in coal consumption and robust renewable energy development, China is positioning itself at the front of climate leadership. This is drastically different from six years ago in Copenhagen.”

Xi Jinping will attend the start of talks on 30 November along with other world leaders, Hollande confirmed.