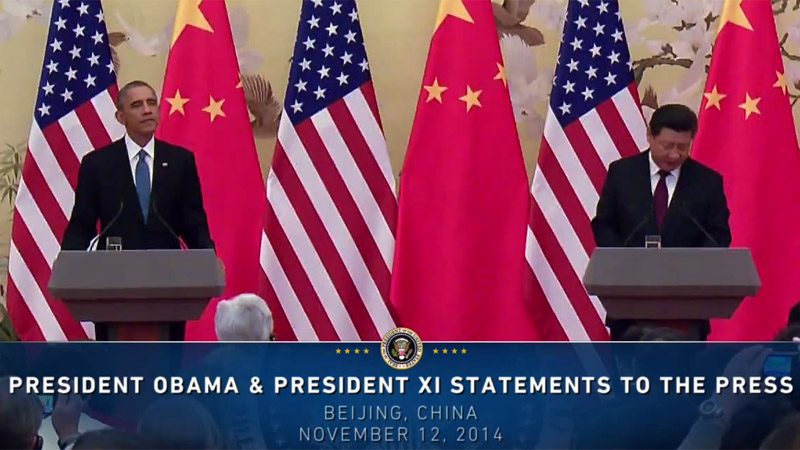 Presidents Barack Obama and Xi Jinping will deepen their diplomatic ties on climate change today, revealing how the US and China see a Paris climate pact developing.

The leaders of the world’s two largest greenhouse gas polluters will unveil a new package of policies and agreements in Washington DC, building on last November’s historic deal in Beijing.

In a media briefing late Thursday, a senior US administration official said climate was a “high priority for both leaders”.

Jinping is expected to confirm China will open a national carbon market by 2017, and also pledge what officials said was a “significant” amount of climate finance to developing countries.

He will also outline plans to scale back high carbon investments in and outside China, and announce a “green first” policy to prioritise renewables over coal and gas power generation.

The official added that mutual understanding on the foundations of a Paris climate deal – scheduled for sign off in December – had also moved on.

“There has been significant progress well beyond where we were last year,” they said, referring to the 2014 US-China pact.

Both countries would explore plans to radically slash carbon emissions by mid-century in line with efforts to prevent warming above 2C, they said.

Both had agreed that a “robust” and “transparent” reporting and review process was vital for all countries, although poorer ones would be allowed flexibility.

And the official added they were now closer on their common position around how the roles of rich and poor countries – known as differentiation – would be represented in Paris.