Vulnerable countries warned: Protect your legal rights in a Paris accord

Countries may be waiving claims to future climate compensation in a new deal. Know the fineprint, writes barrister Tim Crosland 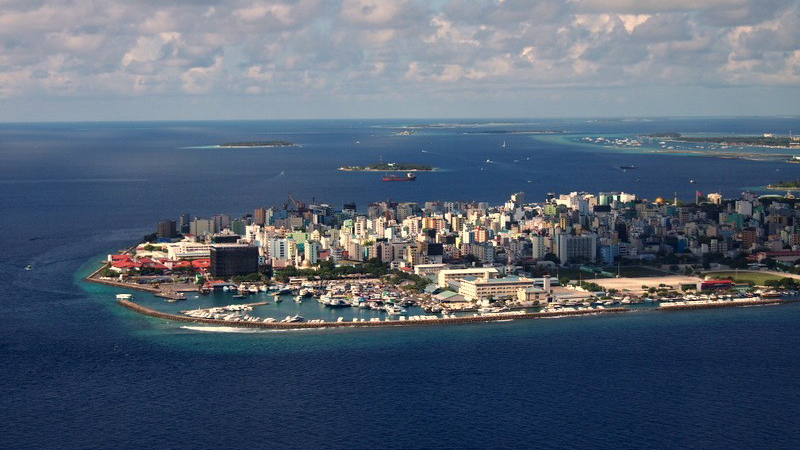 Male, the capital of the Maldives and its population of over 150,000 are threatened by rising sea levels (Flickr/ @ccfoodtravel)

If the actions of Party X cause loss and damage to Party Y, then Party X should compensate Party Y. That is the foundational principle of law and civilisation, preventing the escalation of grievance into conflict.

It is a principle countries vulnerable to the impacts of climate change are pushing at UN talks towards a global pact in Paris this December. They want rich polluters to pay.

What they may not realise is that agreeing to resolve the issue through a Paris deal risks limiting their ability to bring lawsuits outside the UN process.

In the context of environmental degradation, two key principles apply: that of ‘the polluter pays’ and ‘the precautionary principle’.

The latter is captured in Article 3, Provision 3 of the UN’s framework convention on climate change:

The Parties should take precautionary measures to anticipate, prevent or minimize the causes of climate change and mitigate its adverse effects.  Where there are threats of serious or irreversible damage, lack of full scientific certainty should not be used as a reason for postponing such measures…

While countries under international law are free to exploit their own natural resources, the right is not without limit.

Indeed the ‘no harm principle’ (or ‘principle of prevention’) is the basis of international environmental law (i.e countries must avoid exploiting resource in such a way as to cause significant harm to others).

As a result, states have a duty to ensure that greenhouse gas emissions under their jurisdiction or control do not cause harm to the environment of other states or areas beyond national jurisdiction.

If there is an assumption that climate change litigation faces insurmountable hurdles then Parties may wish to consider two milestone cases from this year:

Also relevant is the judgement of the US Court of Appeals from 2009, which accepted the viability of a claim brought by eight US States and New York City against six power generation companies for climate change damage (following a change of circumstances the judgement was partially reversed by the US Supreme Court).

Such cases (together with general principles) indicate the potential for individuals, organisations and governments to bring legal action for climate change loss and damage.

An analogy may be drawn from the criminal law.

If a gang of people attacks an individual, inflicting multiple blows, and that individual subsequently dies, they may all be charged with murder or manslaughter. If a gang member argues ‘you can not prove it was my blow that caused death’, the courts are likely to invoke the principle of ‘joint and several liability’.

Enforcing such principles – that governments, companies and investors take responsibility for the consequences of their acts and decisions – is not just about compensating specific victims; it is a general societal benefit, as it helps correct the ‘market failure’ at the heart of climate change.

Given the scale of current and future climate change damage, the risk of liability should provide a compelling incentive to stop polluting, and to invest in clean energy. Legal liability may prove a more effective method of ‘carbon pricing’ than a market in carbon credits.

Signing up to a Paris agreement, however, may imply that pre-existing legal rights have been given up:

In other words, in the event your government or your people were to bring a claim for climate change loss and damage at some later date, it might be argued:

To avoid the risk of compromise to your country’s legal position we advise Parties most at risk of climate change loss and damage to consider writing to the co-chairs along the following lines:

We will be unable to support any agreement that risks compromising our pre-existing legal position in relation to potential legal claims for loss and damage (i.e. the ‘no harm’ principle). As there has been no suggestion that an agreement is intended to reduce protections for vulnerable and developing Parties we see no difficulty in inserting an express provision for the avoidance of doubt. We propose a clause along the following lines for inclusion in the Preamble:

This agreement shall take effect without prejudice to existing principles of international law [including the no harm principle, the precautionary principle and the polluter pays.]

Equity was always first and foremost about sharing the remaining carbon budget consistent with the temperature target. No Party should be expected to compromise its legal position on account of the collective failure to come to terms with this fundamental aspect of UNFCCC compliance.

Note: The co-chairs have invited Parties to contact them directly with any concerns at [email protected]