R-E-S-P-E-C-T: It’s (not) all these negotiators are asking

Venezuela’s Claudia Salerno drops the C-bomb (no, the other one) after climate talks session starts without her in Bonn 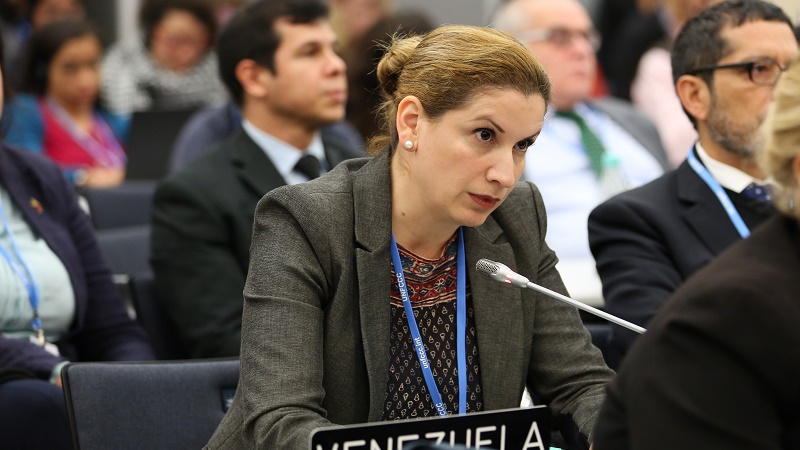 “It does’t end well. It gets extremely nasty.”

It was late on Thursday evening, a deal to tackle global warming may be at stake at UN climate talks in Bonn, but Claudia Salerno was determined to impress on her colleagues this could not happen without her.

The Venezuelan diplomat – famous for slicing open her hand in protest at the 2009 climate negotiations – had travelled all the way from Brussels to be here, she said.

Those 230 kilometres – a shorter commute than most of her peers – were not wasted.

“We don’t want a repetition of things that we have seen before,” said Salerno, before dropping the ‘C’ word – Copenhagen – in case anyone was in any doubt.

Strictly speaking, like Voldemort in Harry Potter, this word should only be used at crisis situations at the UN.

But then this was a crisis.

All of a sudden, Salerno’s role as one of the leading voices of the world’s poor had been upstaged.

Her colourful, twitter-friendly diplomacy has been replaced by the guile of climate talks veteran Joyce Mxakato-Diseko, a South African ambassador.

Under her leadership, the world’s 134 developing countries have united under the G77 + China banner, and are fighting hard for the financial assurances they say they are owed as part of a global pact.

And if there is one thing Mxakato-Diseko demands – particularly from the two men co-chairing this process – it is respect.

That means not starting a meeting without her, especially not one involving all 190+ countries aimed at summing up what had been achieved so far.

If Salerno had the first word, Mxakato-Diseko had the last. Each word was followed by a gulp of air – she had run hard to make it to the room.

Mxakato-Diseko made no threats – publicly at least. She didn’t need to. She has a commanding presence on the floor that comes from the knowledge more than half the countries in the world are behind her.

Like the great US boxer Floyd Mayweather, she jabs – then ducks – always resisting going for a knockout – effortlessly accruing points.

With around eight weeks until a UN climate deal is set to be signed off in Paris, her corner is strong, her strategy gaining traction.

The co-chairs are now dancing to her tune, seemingly powerless to resist. Ice beats fire at global warming negotiations. It’s enough to send some diplomats Caracas.