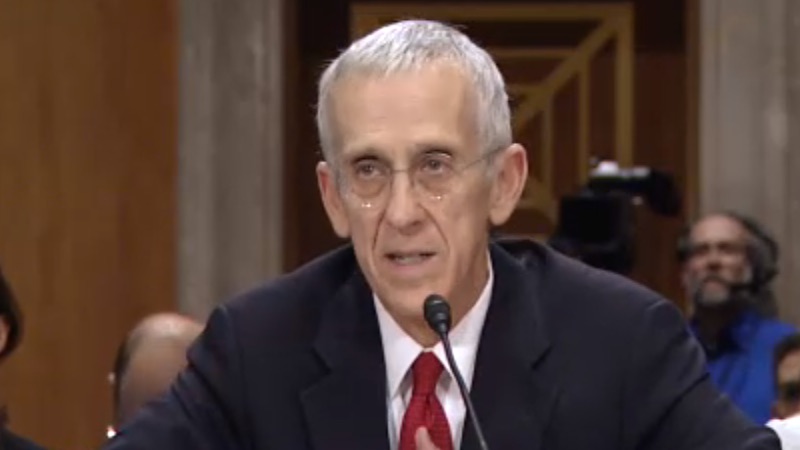 Republicans will be fuming. The rest of the world may breathe a little easier. The US Senate is unlikely to have a veto over a proposed global climate deal.

That is the view of Todd Stern, climate envoy to President Barack Obama, who says the pact under discussion will not require a new treaty or new US laws.

Stern was speaking during an interrogation by Senators on Capitol Hill, a venue with distinctly mixed views on the UN and efforts to crack down on greenhouse gas emissions.

Quizzed on whether the US would find itself locked into international emission cuts, Stern insisted that was not the case. “We are looking for something that is not binding,” he said.

The US position ahead of Paris – where a summit involving nearly 200 countries will be held to thrash out the deal – was entirely consistent with the Senate’s wishes, said Stern.

He was referring to the 1998 Byrd-Hagel resolution, which said the US should not back any climate pact which would harm its economy or allow developing countries off the hook.

“I think we have met those requirements frankly… I remember the map with scissors cutting out all developing countries and that was what the BH resolution was talking about… we have the opposite now,” he stressed.

STERN’S 5 STEPS TO A CLIMATE DEAL

Due to a row on Capitol Hill only one Republican – the chair Senator Barrasso – asked any hostile questions. The rest were from Democrats broadly sympathetic to climate action.

Yet Barrasso – who has expressed scepticism over man-made climate change – made himself heard, accusing Stern and the White House of subverting Congress by working on a deal that would bypass lawmakers.

Unflustered but regularly checking his notes – Stern rejected that analysis. “We will act according to the law,” he said.

The notion of agreements being entered without the Senate’s consent was quite common he added, citing the Minamata Convention on Mercury as one such example.

Leading Republicans have upped warnings over a global climate deal in the past months, reportedly informing foreign diplomats in Washington DC they will try and sink an agreement.

That message is seeping into the UN talks. France foreign minister Laurent Fabius told reporters following pre-Paris negotiations in Bonn that “an agreement without the US would not make sense… I’m confident the sense of responsibility will prevail.”

Still, climate sceptics are having some success in DC. Billions of dollars promised for the UN-backed Green Climate Fund are already in stasis due to opposition on Capitol Hill.

Those funds, Barrasso said, amounted to little more than “reparations”. Stern replied that the original champion of multilateral climate funds was none other than one-time GOP favourite George W Bush.

“This is a solid and responsible thing to do… we don’t see it an either or as between investments on US or abroad,” he said.

Critics needed to look at the facts, he added. “We could face many feet of sea level rise by the end of the century.”

Citing new analysis from the Climate Action Tracker that says a new raft of 150+ climate action plans will see potential levels of dangerous warming reduced from over 3C to 2.7C, he argued the world was already “halfway in the right direction.”

But – under pressure again from Barrasso – he admitted Paris would not be the end of the matter, and was unlikely to see China or India rapidly slash their fossil fuel use.

“It’s pretty hard to say slam on the brakes and go negative overnight,” he said.

On China, he argued its plan to peak emissions by 2030 would see a staggering investment in 900 gigawatts of renewables.