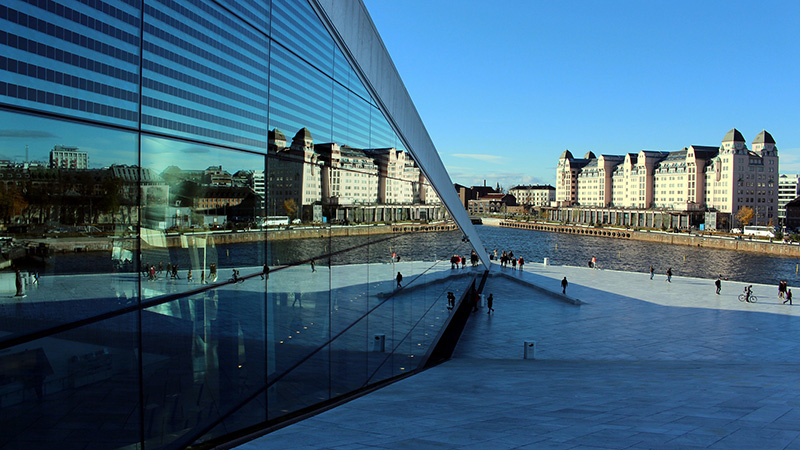 Norway has one of the world’s highest GDP per capita, due in part to its abundant oil wealth (credit: Pixabay)

The capital of Europe’s largest holder of oil and gas reserves blacklisted all fossil fuel assets on Monday, as its new-look city council set out a greener agenda.

Oslo agreed to shed oil and gas bets from its $9 billion pension fund after losing coal in March, and cut carbon emissions 95% within fifteen years compared with 1990 levels.

“We are very happy to announce that Oslo will take responsibility for the climate, both through our own policies and our investments,” said Lan Marie Nguyen Berg of the Green Party in Oslo.

The party, which wants to stop oil production, won the third most votes in local elections last month converting it into a king-maker, Bloomberg reported.

That gave a spur to the global divestment campaign, which last month had 450 institutions in 43 countries managing $2.6 trillion pulling money out of fossil fuels, according to a study.

Arild Hermstad, leader of activists Future in Our Hands hailed Oslo’s decision as a “brave move” weeks before a UN climate summit in Paris, and said the city council would work with other funds to invest ethically.

He said: “There’s a strong symbolism when the capital city of our oil producing nation says “No” to investing in fossil fuels. It shows that fossil fuels are history, and that shifting away from them, and towards renewables, is the future.”

Nguyen Berg said it was a “sound financial decision” given the effect of slumped energy prices on the economy which last year relied on oil and gas sales for 45% of export revenue.

“This policy change will protect our pensions from being invested in stranded assets.”