Cutting through the legal fog of a UN climate pact

A Paris summit is set to produce a treaty that will need ratification. How can it be best framed to get reluctant countries on board? 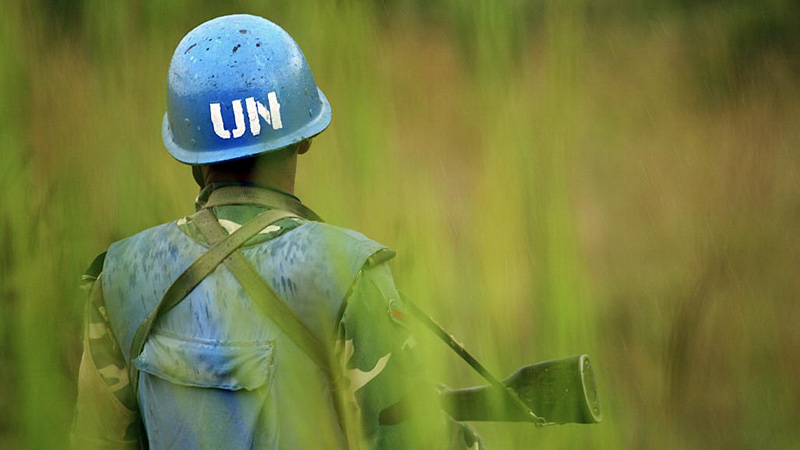 A United Nations peacekeeper in the DRC. Countries have pledged carbon cuts but who will enforce them? (Credit: UN Photo/Martine Perret)

By Sebastian Oberthür and Thomas Spencer

The growing support for a durable and lasting ‘Paris Agreement’ should help Parties to come to grips with the issue of the legal form or nature of the Paris outcome that has long haunted the negotiations and has indeed caused considerable confusion.

Some aspects of the debate on legal form/nature seem to have moved toward settlement – as also reflected in the latest negotiating text.

First, there seems little doubt that Parties are heading toward the adoption of an international treaty requiring signature and ratification – possibly called ‘The Paris Agreement’.

Second, this Paris Agreement will form the core of a broader Paris outcome that includes one or more simple COP decisions to add further detail and launch a post-Paris work programme.

Third, Parties seem to understand increasingly that the ‘housing’ of country-specific mitigation targets and actions is not only important but also to a significant extent a symbolic matter.

Both the inclusion of such targets and actions in the Paris Agreement itself (for example, in an Annex) and their reflection elsewhere are legally viable options in principle.

The politics may dictate placing them outside the Agreement itself (for example, in a registry suggested in the October negotiating text) to separate them from the instrument to be ratified. If clear rules can be agreed that provide guidance to upward revisions and ensure public visibility, this should be acceptable.

It is time to address and focus attention on the core of the debate: (1) how to frame the legal obligations of Parties, especially as regards mitigation, and (2) how to ensure accountability and effective implementation.

In both respects, the growing consensus among Parties that the Paris Agreement should provide the core basis for developing international climate cooperation through (five-year) cycles for decades to come should be considered. The politics of the day may not be the best guide to effective long-term structures.

On the one hand, some have argued for largely procedural ‘obligations of conduct’ for Parties to ‘communicate’ mitigation targets and actions, an approach that fails to signal that Paris is not about plans but about taking meaningful targeted action.

An ‘obligation of result’ to actually achieve what has been promised, on the other hand, provides clear direction, but is perceived as a politically unacceptable straightjacket by some. It also only requires taking action very indirectly.

The good news is that there is middle ground available that would signal Parties determination to take meaningful targeted action – that middle ground revolves around the notion of ‘implementation’.

The term ‘implementation’ entails that there is a plan and that action is taken to carry it out – the best of both worlds and a solid basis for a durable long-lasting and effective agreement.

Possible longer and alternative formulations should be assessed as to whether they capture the core idea and whether they are precise. Each Party committing to ‘taking implementing measures toward its mitigation commitment that are binding under domestic law’ may be an interesting alternative to explore. In contrast, adding an ‘as appropriate’ or turning the ‘take’ into a ‘strive to take’ may well defeat the purpose.

Remaining concerns concerning flexibility and differentiation can be addressed elsewhere, in particular in the framing of the mitigation targets and actions themselves. These will have to evolve and grow stronger in cycles over the years; they are thus adapted more easily than the core obligation that should be made to last.

This links to the second element: how to ensure accountability and effective implementation.

To start with, a transparency mechanism that requires each Party to ‘report on progress toward its mitigation commitment’ seems foundational.

Furthermore, a specific mechanism for facilitating and promoting compliance and effective implementation seems indispensable, including a strong early-warning capacity. Failing to provide for it now would mean that Parties sooner or later would have to look for ways of introducing it ex post.

As a key plank of a future-proof regime, the establishment of such a mechanism should form part of the Paris Agreement. But it makes good sense to leave the elaboration of the specifics to later COP decisions that are more easily revised as Parties learn from the mechanism’s operation over time.

Paris itself can set the stage for the further elaboration of a mechanism to facilitate and promote compliance and effective implementation. In addition to agreeing on the non-adversarial and facilitative nature of the mechanism as reflected in the October negotiating text, Parties should establish a few cornerstones, as elaborated elsewhere:

It’s crunch time. As we approach Paris, the essence of the legal-form debate comes to the fore: to what extent are countries willing to (1) commit to implementing the ‘contributions’ they themselves have nationally determined and (2) establish structures that will promote effective implementation?