National climate pledges cut emissions 3% a year for each unit of GDP, analysts say, but 6.3% needed to meet 2C goal 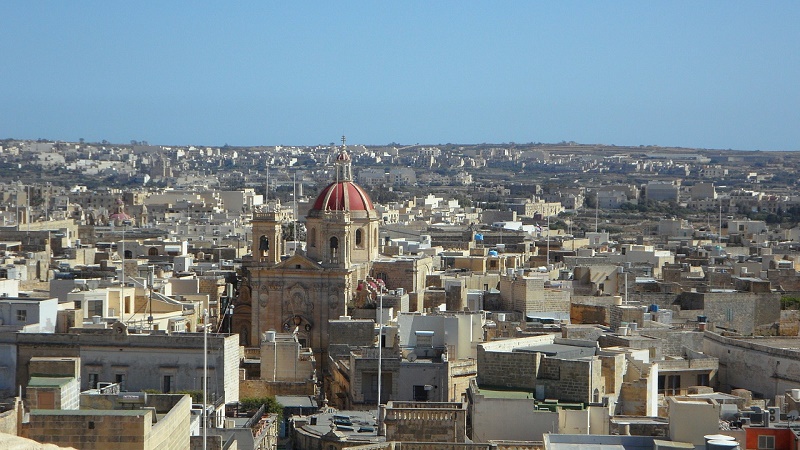 National climate pledges submitted to a UN deal will more than double the rate of emissions intensity cuts globally.

They imply a 3% annual decline in greenhouse gases for each unit of GDP, according to consultancy PwC. That is up from a 1.3% average between 2000 and 2014.

Yet to hold temperature rise to 2C, the international goal, analysts calculate that rate needs to reach 6.3%.

“Despite being a step change, the Paris targets fall short of the 2C goal,” said PwC climate change director Jonathan Grant, who will present the findings at a summit in Rabat, Morocco.

“The Paris agreement will need a process to review national progress and to raise ambition in future.” 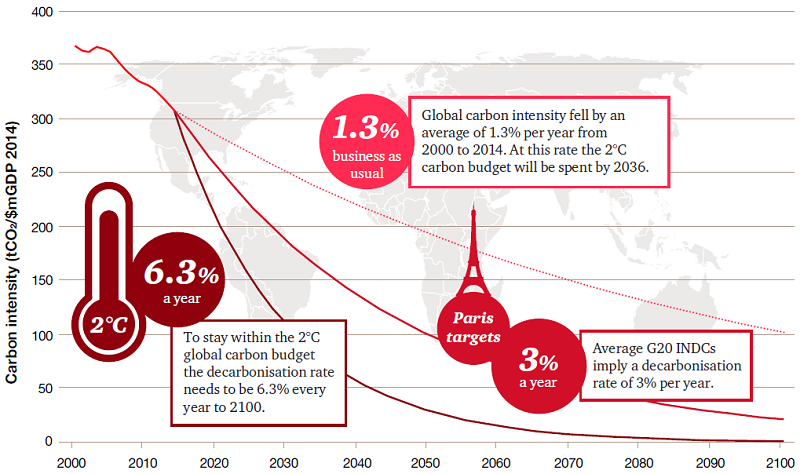 Chief negotiators of most major economies are in Rabat to discuss the adequacy – or otherwise – of contributions towards the global climate deal to be struck in Paris this December.

Backed by the European Union, the summit will be “non-confrontational”, according to organisers, and focus on ways to accelerate moves to a low carbon economy.

Some countries are doing more to decouple growth from emissions than others, the PwC report found.

The UK last year scored a record-breaking 10.9% emissions intensity cut, with a number of coal plants closing and low gas use over a warm winter. France was not far behind, with 9.1%.

At 6%, China had the fastest decarbonisation rate of any non-EU country.

Five countries intensified their emissions, on the other hand. Turkey and Saudi Arabia recorded the largest increases, of 4.4% and 4.0% respectively, followed by Brazil, India and South Africa.

Sad to miss @MAC_europa‘s #INDCForum but worried my seawall will collapse. Nobody can say targets go far enough. TdB pic.twitter.com/omzUIToy1D

Underscoring the significance of the 2C goal, a minister from the Marshall Islands withdrew from the summit to deal with unseasonal storm damage at home.

Tony de Brum, a tireless campaigner for the future of his low-lying group of coral atolls, was due to attend.

But with more than 150mm of rain in a week, gale force winds and 2m-high king tides battering the islands, he sent his apologies.

“Sadly, the latest crisis sadly means I cannot join ministers in Rabat this week, but I hope they have my country firmly in mind when they look at how we’re tracking for the Paris Agreement,” de Brum said.

That extreme weather deals another blow to the vulnerable state, following an estimated US$4.2 million of damage from July’s Typhoon Nangka.

It is why the Marshall Islands argues the world’s 2C goal is not enough and warming should be held to 1.5C.