There is a point to BBC Editorial Guidelines after all

BBC apology after complaints about irreverent radio show generated cheering in climate-sceptic circles, but ultimately own goal for backers 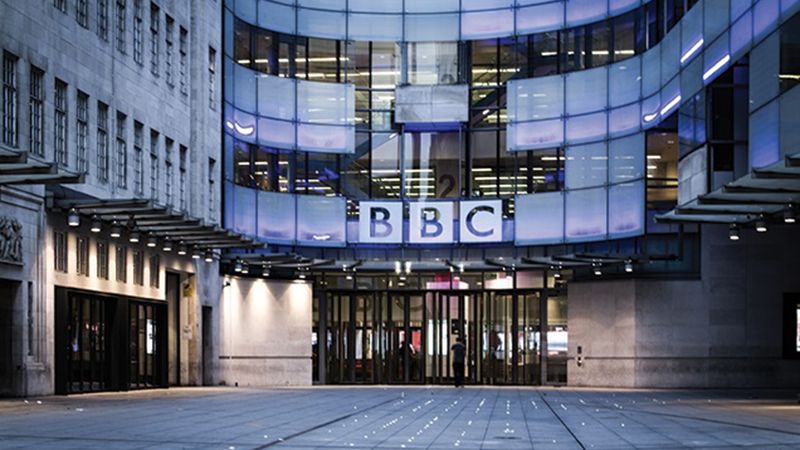 Good news in the post today: a letter from BBC Audience Services ‘fessing up on the appalling Radio Four programme What’s the Point of the Met Office, broadcast on 5 August.

In case you missed it, this is the series in which Quentin Letts of the Daily Mail, the doyen of Fleet Street diarists, casts a ‘critical but amicable eye across institutions at the heart of British life’.

I’ve listened to a few episodes and I reckon that overall the description stands up – Letts is unfailingly whimsical, provocative and yes, amicable. But through intention or cock-up, the eye he turned on the Met Office owed rather more to Sauron than to Swift.

Parliamentary interviewees were selected from the sparse ranks of climate sceptics and then given an easy ride, mistruths were recited as Gospel, other sceptical voices were given false credibility as they were introduced, and mistakes attributed to the Met Office which it didn’t make. Balance was there none.

I started counting the number of Editorial Guidelines that the programme broke, but gave up after I reached seven.

And for the first (and, I hope, the last) time since leaving the BBC I submitted a complaint through the former channels, in addition to asking publicly What’s the Point of the BBC Editorial Guidelines?

Mine wasn’t the only complaint, and this morning’s reply was very welcome:

“Radio 4 does not consider that the programme met our required standards of accuracy or impartiality in its coverage of climate change science. We apologise for that failure.

“We have carried out an independent examination of the programme’s production processes. We are confident that the programme came about through an unusual combination of circumstances which we are in the process of rectifying to avoid any repeated problems.

“This was an unfortunate and, we believe, uncharacteristic lapse. We would like to assure you that we remain committed to covering all aspects of the subject in the most accurate and responsible way possible.”

Welcome words – especially at a time when campaigning forces are gathering on both sides of the climate fissure as the potentially seminal UN summit in Paris approaches.

Over time I’m hoping that the ‘unusual combination of circumstances’ to which the BBC letter refers will become clear. But here’s my bet on what happened, and it begins with a parallel.

Over the last decade or so it’s progressively become more difficult for scientists denying man-made climate change to publish papers in proper climate science journals, simply because a lack of quality in such papers.

One tactic that the small cabal of climate-denying scientists has adopted is to publish in off-topic journals, where the peer review process will be less informed.

One example is the 2011 paper on the role of clouds published in Remote Sensing journal, which led to the editor’s resignation.

My bet is that a ‘guiding mind’ within the small rank of politically- and journalistically-connected climate sceptics in the UK saw a similar opportunity to broadcast a one-eyed demolition of climate science in an off-topic programme.

With the best will in the world, editors and producers of ‘amicable’ output are less attuned to the minefield of climate change politics than those working on news and current affairs – especially unaware, one would guess, that climate sceptics have attempted to make a political football of the Met Office for years precisely because of its role in compiling one of the central records of global temperature change.

As with those papers in off-topic journals, What’s the Point of the Met Office generated a fair degree of cheering in climate-sceptic circles but ultimately I think it has been an own goal for its backers.

The BBC’s initial reaction was to defend the programme on the grounds that it is a ‘personal view’. But even personal view programmes have to be rooted in evidence – and the positions taken by interviewees such as maverick weather forecaster Piers Corbyn and MPs Graham Stringer and Peter Lilley were anything but whimsical.

Once complaints reached the requisite level, however, the corporation reacted rigorously, and will doubtless make producers and presenters aware of the potential for them to be taken for a ride in a one-eyed, unbalanced chariot.

In addition to the apology, the programme’s iPlayer page has been amended to reflect the fact that Messrs Stringer & Lilley recently joined the Board of Trustees of the Global Warming Policy Foundation, foremost in the UK’s ‘brown movement’ – a fact that, I gather, was revealed to the world after the programme was recorded but before it was broadcast.

One thing the BBC could easily do is to make its internal seminars on reporting science, which were introduced after the 2011 BBC Trust Review of accuracy and impartiality in science coverage, mandatory for all journalists and programme-makers. Managers missed a trick in not doing so back then, and can and should revisit that careless decision.

As a supplement, why not make the Review itself mandatory reading for all editors? It’s not that long, and Prof Steve Jones, the author, made it highly readable; it has much that’s wise to say about reporting all kinds of science, not just climate change.

Give that What’s the Point of… didn’t just challenge but completely trash both the Editorial Guidelines and the Steve Jones review, might the BBC Trust – the ultimate guardian – look at how on Earth it happened? Might Radio Four consider broadcasting a corrective and an apology at 9am one Wednesday morning, for all those listeners who don’t look at the World Wide Web?

If the BBC wins by making itself stronger and showing that its public accountability mechanisms work, who loses out in this affair?

I would say that Quentin Letts loses. Was he aware of what a pup he was being sold? I’ve never met him, but he clearly has a first-rate brain and doesn’t seem the kind of chap who would take kindly to being used as a convenient conduit for garbage.

More importantly, the dwindling cabal of politically active climate sceptics also, I would argue, lose. If they wanted their own BBC programme, as my former colleague Roger Harrabin suggested in a tweet shortly after broadcast, was this it? Really? Both the programme itself and the fallout will surely make it harder for them to have another.

Rooted in rhetorical power rather than factual rigour, grossly error-strewn, demonstrably one-eyed… what’s the point of presenting your case at all, if that’s the case you present?