Half-hour programme did not make clear climate sceptics were a “minority voice”, UK broadcaster admits, in “an unfortunate lapse” of editorial policy 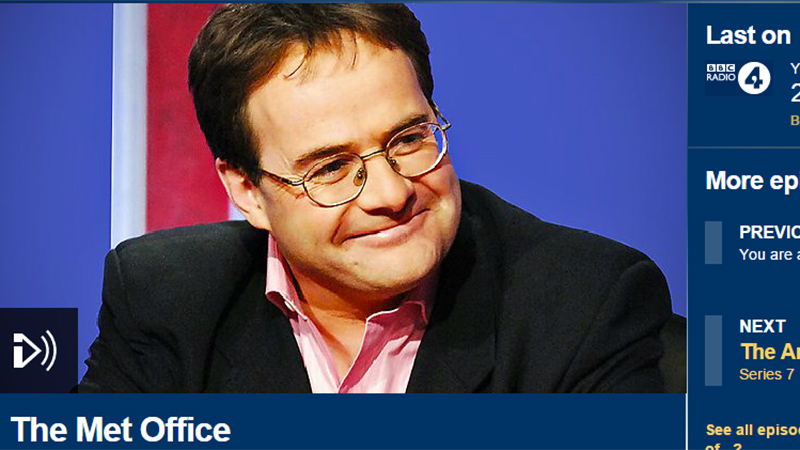 The BBC has apologised for airing a half-hour radio show earlier this year in which a series of high profile climate sceptics lined up to disparage the science behind global warming.

“What’s the point of the Met Office”, aired in August, did not make clear sceptics are a “minority voice, out of step with scientific consensus,” the corporation said in an email to climate scientist Andy Smedley.

“This was an unfortunate lapse for which we apologise and we would like to assure you we remain committed to covering all aspects of the subject in the most accurate and responsible way possible.”

All had previously questioned the veracity of climate science. They took the opportunity to mock the Met Office over its weather forecasting and climate modelling work.

In reply, the show featured a brief clip of Met Office head of communications Helen Chivers, which did not address the show’s critique of recent climate research.

The BBC said it had carried out an internal review and emphasised that the programme emerged from “an unusual combination of circumstances which we have now rectified”.

The broadcaster also added a note to the show’s web page, clarifying that the Met Office’s views on climate change were supported by scientific consensus.