Nawaz Sharif has draft plan, national media reports, but is dragging his feet on targets that would benefit bitter rival Imran Khan’s fiefdom 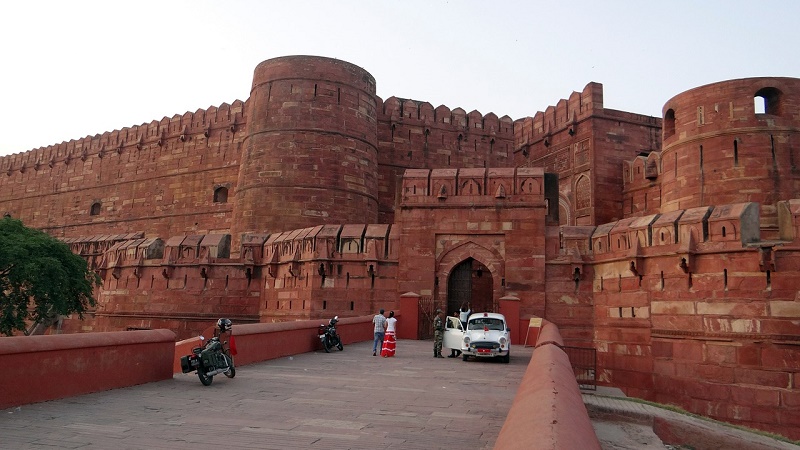 Lahore gate. Most federal politicians hail from the Punjab, while low carbon projects are in opposition-held province (Pic: Pixabay)

When the UN deadline passed last week, Pakistan was the fifth biggest emitter not to have submitted a climate pledge.

It set out three options for greenhouse gas emissions cuts from business as usual by 2030. The preferred target is 10%, with half conditional on international support. That rises to a maximum 18-20%.

At the UN General Assembly last week, PM Nawaz Sharif spoke of the importance of reaching a climate change deal in Paris this December.

He said: “We will need to respond with common but differentiated responsibility to the threat posed by climate change.

“Partisan interests must not stand in the way of an ambitious and collective commitment to halt and reverse the damage done to our planet.”

So far, Sharif has not backed that up with action to tackle emissions at home.

The federal government is dominated by Punjabi politicians, while Khyber Pakhtunkhwa province stands to benefit most from low carbon policies, with big hydropower and reforestation potential.

Run by centrist opposition party Pakistan Tehreek-e-Insaf, Khyber Pakhtunkhwa – best known as a frontier of the war on terror – has an ambitious plan to go carbon neutral by 2018.

But negotiations are handled at a federal level, where the climate ministry has ignored the province’s plans.

Meanwhile, the planning ministry has been putting pressure on the prime minister to aim for emissions cuts of just 2%, fearing embarrassment if the higher target is not met.

And the resignation of climate change minister Mushahidullah Khan in August – over a controversial interview on unrelated matters –  left a leadership gap.

Officials are hoping to resolve the matter before Sharif makes an official visit to the US on 17 October.

“The bureaucrats are always trying to be safe rather than sorry,” independent expert Kashmala Kakakhel told Climate Home, explaining the low draft targets.

The plan lacked detail on low carbon investment opportunities, she added. “It is just a laundry list at the moment. It is not clear in terms of what it is already doing, what it plans to do with existing funds and what it would do in addition, with international support.”

Cricketer-turned-politician Imran Khan was even blunter in an exclusive July interview with Climate Home, calling the national strategy “a joke”.

Chair of the centrist Pakistan Tehreek-e-Insaf party and champion of Khyber Pakhtunkhwa’s clean development plans, he accused the government of failing to fund climate policies.

China is investing billions in coal power stations in the country, which provide badly needed energy at a high cost to the climate, locking in high emissions for decades.

Experts warn the region is acutely vulnerable to heatwaves, drought and flooding as climate change kicks in.

Last month, a farmer won a lawsuit against the government in the High Court, arguing it was failing to protect citizens against such impacts.

“For Pakistan, climate change is no longer a distant threat – we are already feeling and experiencing its impacts across the country and the region,” Justice Syed Shah said. He hauled in officials and ministers to explain their inaction.

It stands in contrast with neighbouring India, which launched its pledge on Mahatma Gandhi’s birthday.

New Delhi set out a vision of low carbon development, with a target to cut emissions for each unit of GDP 33-35% by 2030.