Petropowers like Saudi Arabia and Nigeria should only submit carbon-cutting plans if they are “win-win”, says Abdalla Salem El-Badri 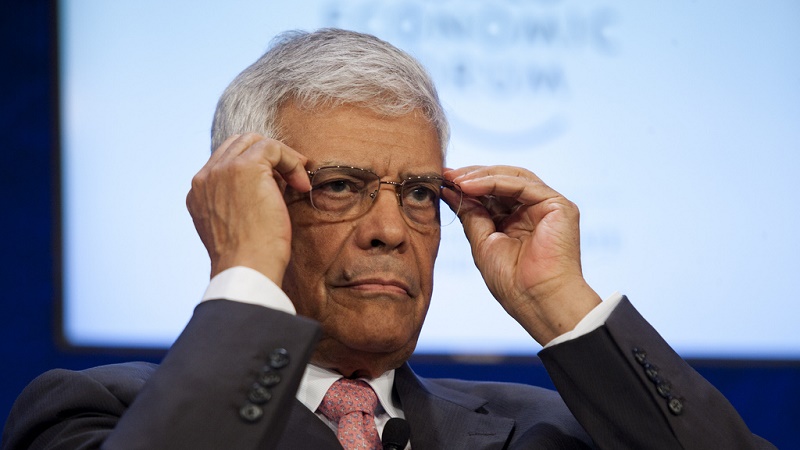 Oil-exporting nations should not be blamed for failing to deliver UN climate pledges by last week’s deadline.

That is the view of secretary-general of the Organization of Petroleum Exporting Countries (OPEC), Abdalla Salem El-Badri, who spoke at an industry event in London on Tuesday.

Almost 150 countries have submitted carbon-cutting visions towards a global pact due to be struck in Paris this December, covering 90% of greenhouse gas emissions. Just two of the Vienna-based body’s 13 members – Algeria and Ecuador – are among them.

Saudi Arabia, Iran and Nigeria are some of the biggest emitters yet to disclose their climate plans.

“It has to be a win-win situation,” El-Badri, a former Libyan oil minister, said in response to a question from Climate Home.

Members will only implement plans if they do not jeopardise goals to lower poverty and widen access to electricity, he argued.

“In the real world, if you go to poor countries, 1.7 billion live with biomass, we have 1.3 billion without electricity, millions don’t have cars, have decent houses, millions of people don’t have lights.

“So whatever you do you have to take these people on board.”

Countries have been called to “nationally determine” their contributions given their circumstances – an attempt to avoid a top-down agreement mandating emissions cuts, which resulted in the fiasco of a 2009 summit in Copenhagen.

The overarching goal is to hold global warming to 2C from pre-industrial levels, requiring carbon-contributions from all players.

Fragile and poor states like Ukraine, Democratic Republic of Congo and Niger made the deadline, despite limited capacity.

By comparison Saudi Arabia, the United Arab Emirates and Qatar, which have some of the world’s highest levels of GDP per head, haven’t come forward.

These Gulf states have made some moves to diversify their economies away from oil, with Saudi Arabia backing a roll-out of solar projects, for example. Qatar hosted the UN’s 2013 climate summit in capital Doha.

But OPEC countries have often resisted strong action to curb emissions, fearing the impact on oil sales – their main source of income.

El-Badri, who has led OPEC since 2007, said oil exporters were reeling from slumped oil prices and a supply glut worth 200 million barrels of oil a day.

Members are on course to cut upstream investment by 22.4% in 2015 on a year earlier, he said, representing $650 billion of shelved energy projects.

But the sector is not in structural decline, the secretary general insisted. “OPEC isn’t in disarray, this is a cycle.”