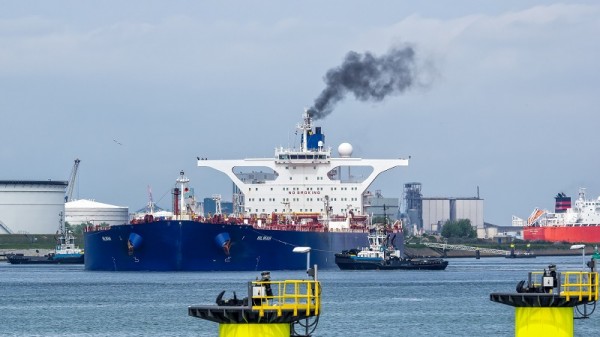 Shipping has a carbon footprint the size of Germany and growing. Unchecked, it could account for up to 14% of global emissions by 2050.

The industry is not covered by national climate pledges that form the backbone of a UN climate deal due for sign-off in Paris this December.

And the International Maritime Organization in May dismissed calls to set a greenhouse gas emissions target for the sector.

But shipping regulators are wary of having climate goals imposed by a Paris deal, they revealed at a conference in London on Tuesday.

“IMO actually hasn’t done a bad job,” insisted UK maritime envoy Katy Ware. “We can’t have other people setting targets for shipping; we are the experts.”

In the latest draft text of a climate agreement, dated 14 July, international transport is mentioned twice.

The first excerpt states a need for emissions reduction targets in shipping and aviation, to be delivered through the IMO and International Civil Aviation Organization.

The second, more radically, encourages the two bodies to set up a levy – presumably on bunker fuel – to raise funds for adaptation to the impacts of climate change.

Ware admitted to shipping industry delegates it was hard to predict what would ultimately come out of the Paris deal.

Politically, climate envoys outrank their counterparts in the IMO, added Jeffrey Lantz of the US coastguard.

“We have already charted our course,” said Lantz. “We are all realistic that the COP [Paris climate summit] could make a decision that would change that at the IMO.”

The IMO is focused on technical discussions to gather fuel use data from ships, a process hampered by industry insistence on anonymity for commercial reasons.

Only when that information has been gathered, which could take years, are negotiators likely to consider using it for efficiency regulations.

UK scientists have warned more urgent action is needed if the shipping sector is to play its part in limiting global warming rise to 2C.

The global fleet should be doubling its efficiency by 2030 to contribute to the international goal, the researchers said.

Climate negotiators are “getting quite impatient” with the IMO, said Niels Mortensen, head of regulatory affairs at Maersk Maritime Technology.

“I would not take for granted that they will just push back through those organisations [ICAO and IMO] again.”

One reason for slow progress at the IMO has been resistance from emerging economies, according to John Maggs, policy advisor at Seas at Risk.

Countries like Brazil, India and China have withheld consent in order to use it as a bargaining chip in climate talks, he said.

“This is why progress at IMO is so closely linked to developments in the UN climate body and why ship emissions must be part of the agreement in Paris.”