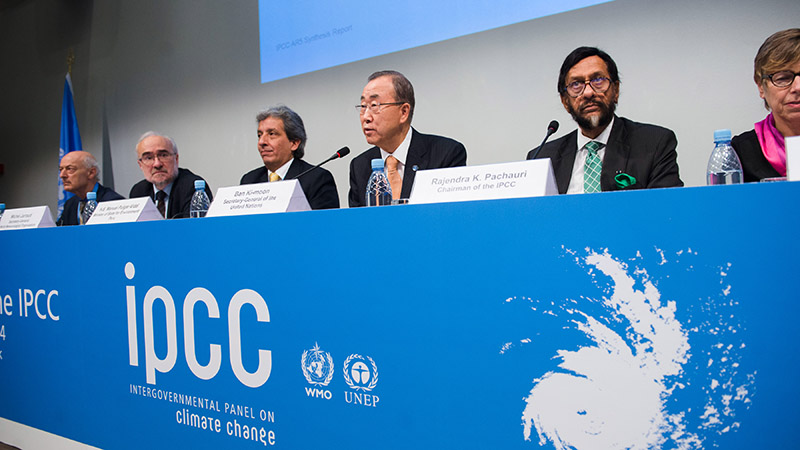 Press Conference at the Launch of the IPCC Synthesis Report in November 2014 (Pic: UN Photos)

The Intergovernmental Panel on Climate Change (IPCC) is under “nuanced northern domination”, weakening the legitimacy of its global warming assessments, according to new research.

The UN’s science agency and leading authority on global warming could produce better research if its report authors came from a wider range of countries, institutes, and academic backgrounds, a paper published in Nature Climate Change said on Monday.

With the panel a month away from electing a new chair to replace India’s Rajendra Pachauri, the research could ignite a debate about its make-up.

“[B]roadening the geographical and disciplinary basis of participation in the IPCC may help unearth the key conflicts and choices to be made in climate change mitigation policy,” wrote researchers from European and Canadian institutes.

Researchers analysed the IPCC’s fifth assessment report, a mammoth document which last year projected the planet could warm by as much as 5C by 2100 as storms and drought grow more severe.

They examined the report’s ‘Working Group III’ dealing with the contentious issue of mitigation – or how to compel countries to reduce their greenhouse gas emissions.

Of the 273 contributors, they found a US- and UK-based dominance in their careers and their networks reinforcing a North-South divide.

Many institutions like Stanford University in the US, and the International Institute for Applied Systems Analysis in Vienna, Austria, act as breeding ground for IPCC authors, shaping their interpretation of the climate change problem.

While the US has a representative 19% of authors in the set, the UK has 6%, and developing countries had 43%; the ‘top 20′ co-authors’ degrees of “inbetweenness” are less balanced.

Five from the US, and five from Austria, with no other country having more in this group. 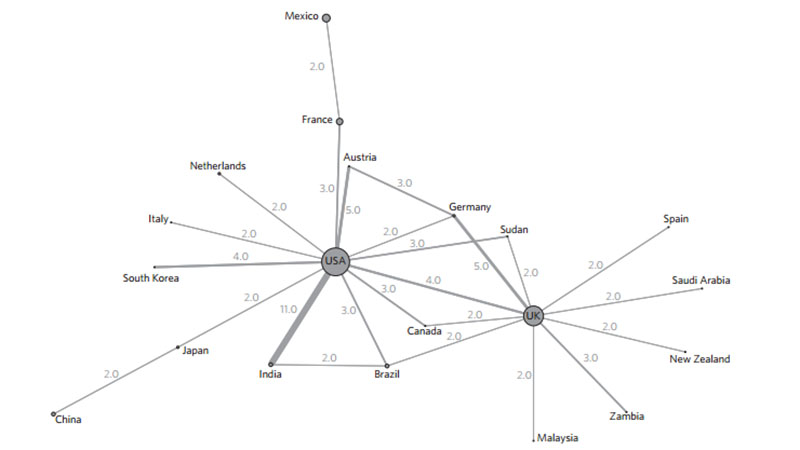 Gender is another factor, with women making up just 18% of authors of the third working group, and only two appearing in the ‘top 20’ co-authoring network.

Scholars from the humanities are “marginalized” in comparison with economists, engineers and natural scientists.

This might explain how the IPCC has achieved a “strong harmonization of views”, compared with the diversity one finds in the social sciences, they wrote.

It also damages its capacity to manage effectively questions of justice or governance, which don’t align with the skill set of authors.

A changed composition of authors may make the approval process of its key ‘summary for policymakers’ (SPM) more difficult, splitting the organisation.

“However, the mitigation report and its ensuing SPM might well become more legitimate and encompassing to more countries and scientific audiences,” authors concluded.