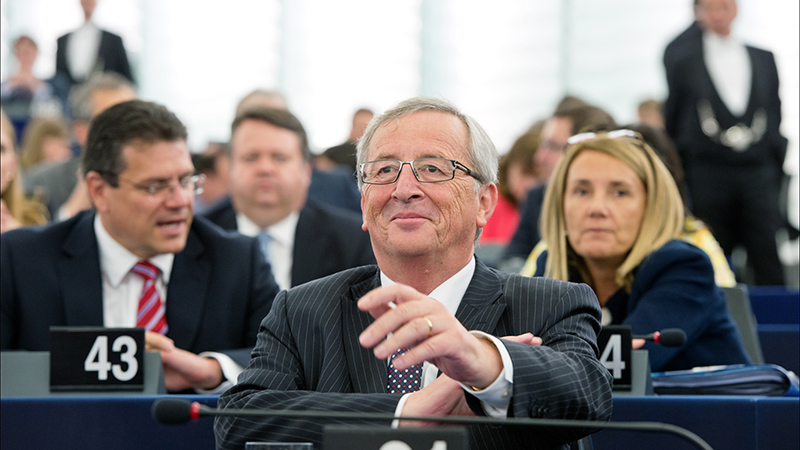 Jean-Claude Juncker, the European Commission president, has called for strong climate action to slow migration from countries impacted by a warming planet.

Europe is facing its greatest refugee crisis since the Second World War, as brutal conflicts in the Middle East displace millions.

Juncker called for a “ambitious, robust and binding” on climate to be signed off at a Paris climate summit in December, in his State of the Union address in Brussels on Wednesday.

“Tomorrow morning we will have climate refugees,” he told the European Parliament in Strasbourg.

On Monday France president Francois Hollande said failure to achieve a new deal could lead to a new humanitarian crisis around the planet.

“If we don’t conclude [with a successful agreement], and there are no substantial measures to ensure the transition [to a climate-affected world], it won’t be hundreds of thousands of refugees in the next 20 years, it will be millions,” the Guardian reported him saying.

Researchers have linked the Syrian war to a protracted drought from 2006-11. The Middle East faces “extreme” water stress by 2040, which could stoke violence as resources become scarcer.

The European Union has pledged to cut greenhouse gas emissions by 40% from 1990 levels by 2030 and have renewables supply 27% of the bloc’s energy needs in some of the world’s strongest climate action.

In 2009 rich nations pledged to provide $100bn per year in climate finance to poor countries worst hit by the effects of climate change.

However, this target is yet to be reached and has become a bone of contention for climate envoys crafting a global deal.