Green urban infrastructure could save $17trn by 2050 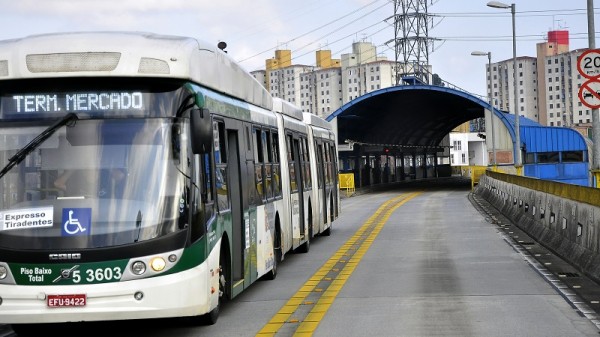 Building compact, connected and efficient cities could save 3.7 gigatonnes of greenhouse gas emissions a year by 2030 – more than India’s carbon footprint.

Those are the conclusions of the latest New Climate Economy report, part of a series to show the economic benefits of climate action.

It calls for a $1 billion public finance package to green the world’s 500 largest cities, in line with global efforts to decarbonise the economy.

The first thing a mayor should think of is public transport, said Nick Godfrey, urban development expert at the NCE.

“Getting transport right, particularly in fast-growing cities at an early stage, shapes the entire urban form of a city.”

That could involve bus rapid transit (BRT) systems – priority bus routes that are relatively cheap to set up.

With the urban population growing by 1.4 million a week, mostly in the developing world, such schemes are in urgent demand.

A system installed in Johannesburg had net benefits of nearly US$900 million, according to analysis by WRI’s Embarq project. The bulk of that came from shortened travel times and better road safety, with CO2 cuts a bonus.

Other low carbon opportunities are in energy efficient buildings and waste disposal.

The extra upfront cost of investing in greener options is relatively small, Godfrey told RTCC, at less than 5%. And the operational savings are “huge”.

Michael Bloomberg, in his role as UN climate and cities envoy, last September launched an initiative to spur urban leaders into action.

To date, 136 cities representing 3.1% of the world population have signed up to the Compact of Mayors, committing to cut their carbon footprints.

Amanda Eichel, who is working with Bloomberg on the programme, is hoping to get hundreds of mayors to Paris this December.

While it will be national negotiators working to strike a global carbon-cutting pact, cities are “a critical part of the climate solution,” she said.

Particularly in the next five years, before a new treaty kicks in, investment decisions by urban planners will make a big difference.

Welcoming the NCE report, Eichel added: “This is actually the first time we have been able to show there is a strong economic argument for cities to take action.”

Attracting finance is a stumbling block. A 2013 World Bank study found only 4% of the 500 biggest cities in the developing world were able to raise capital on international markets.

By tightening up on tax collection and making robust business cases, they can improve their financial credibility.

Kampala in Uganda, for example, increased its revenues 86% in a year and was awarded an A credit rating in May.

“One of the reasons cities often have problems with creditworthiness is a lack of data on investability of sustainable infrastructure,” said Eichel. “A core driver around the Compact of Mayors is starting to gather this kind of data in one place.”