What does China’s Black Monday mean for the climate?

Shanghai stock market crash will have ripple effect on emissions, the green economy and Paris negotiations 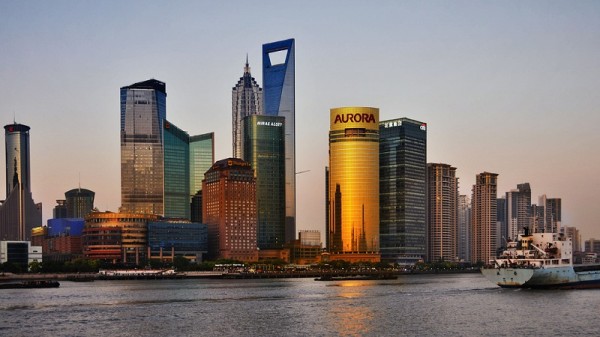 China’s economic slowdown became undeniable this week, with a market crash reverberating around the world.

On “Black Monday”, named by usually tight-lipped state media, the Shanghai stock exchange fell 8.5%, the sharpest drop since 2007. It slid another 7.6% on Tuesday.

The panic rippled through to US and European financial hubs, as investors adjusted their expectations for trade and growth.

So what does it all mean for emissions, low carbon investment and December’s crucial Paris climate summit?

In the short term, slower GDP growth in China – we’re looking at 5-7% this year, down from double digits – means lower emissions.

Weaker energy demand projections are further depressing the global oil price, which hit a 6-year low of $42.23 on Monday.

From a climate perspective, the bad news is that low prices are increasing oil demand – a driver of emissions. The International Energy Agency forecasts 2015 to see the highest growth in consumption in five years.

It also makes it harder for electric vehicles to break the stranglehold of the internal combustion engine over transport, for example.

The good news is many high cost oil ventures – worth US$200 billion, according to a recent analysis – are on hold. These include Arctic and tar sands plays that scientists say are incompatible with the international goal to hold warming to 2C.

Perhaps more important is the impact on investment flows and the low carbon transition.

Greenpeace’s Energydesk was quick to point out that coal and oil companies were suffering.

Mining giant Glencore, already reeling from a first half earnings slump, took an 8.5% hit to share value on Monday. Anglo American, Rio Tinto and BG Group were also down.

But as Climate News Network reported earlier this month, solar panel manufacturers are also having a rough ride on the stock market rollercoaster.

Some 40% of the world’s solar panels are made in China, in a sector made vulnerable by slim profit margins.

PwC’s Jonathan Grant tells RTCC that despite all the uncertainty, there is little change in the general outlook.

He says: “While the reaction of global markets shows how influential Chinese investment and outlook is, short term fluctuations in the equity markets are unlikely to have a big impact on energy investment, whether it is low or high carbon.”

Within China, the government’s reaction will be critical, according to Ailun Yang, China strategist at NGO Climateworks Foundation.

On the one hand, she says, the market shock puts more pressure on provinces and cities to restructure their economies. Many have already introduced tough regulations on manufacturers and power plans, in a bid to curb dangerous air pollution.

But for the Beijing government, she notes, “whenever the economy isn’t doing so well, there is always a tendency to make a big supportive package… Very often, those packages will then go into carbon intensive industries.”

It is too early to say whether this is a market correction or systematic downturn, says Li Shuo of Greenpeace.

He adds: “Ultimately, for the environment and climate, the key is whether China can weather through this round of volatility and be truly transformed into an economy that relies less on energy intensive industries.”

Keeping an eye on the long term will also be important for negotiators looking to finalise a global carbon-cutting pact in December.

The last time leaders attempted – unsuccessfully – to strike such a deal, Copenhagen in 2009, recession “cast a bit of a shadow” over proceedings, Grant says. But it wasn’t a significant factor in the outcome, in his view.

“The negotiations often proceed in isolation of external events, and in many respects ignore short term fluctuations as they are focused on the longer term low carbon transition.”

Governments are submitting national climate pledges – 56 to date – to the UN that will underpin the deal. These set out strategies for greening their economies out to 2025 or 2030.

Grant adds: “Given the scale of the low carbon transition, the modest corrections in economic growth are unlikely to have a big impact on countries’ longer term plans to decarbonise their economies or the investments needed to achieve them.”