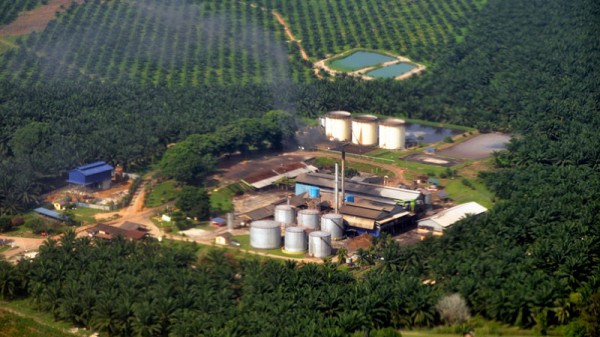 Large tracts of forest have been cleared to grow palm oil, found in many food and cosmetic products (Pic: Marufish/Flickr)

The fund added South Korean firms Daewoo International and Posco, and Malaysia’s Genting and IJM to its exclusion list on Monday.

Its ethics advisors found the companies or their subsidiaries were involved in clearing tropical forest for palm oil plantations in Indonesia or Malaysia.

In each case, it judged there was an “unacceptable risk” of “severe environmental damage”.

The fund’s shares in those four companies totalled 2.2 billion Norwegian crowns (US$270 million) at the beginning of 2015.

Deforestation is a significant driver of climate change, accounting for an estimated 10% of global greenhouse gas emissions between 2000 and 2009.

It also threatens ecosystems in some of the most biodiverse parts of the world.

The decision to stop investing Norway’s money in deforestation culprits follows a landmark parliamentary vote in to pull out of coal companies.

While it amassed its wealth from fossil fuels – revenue from the country’s substantial oil reserves – the fund is seen as a leader on considering climate change risk.

After the latest additions, it has 64 companies on its blacklist. Wal-Mart was banned over human rights violations and Rio Tinto for its environmental record.