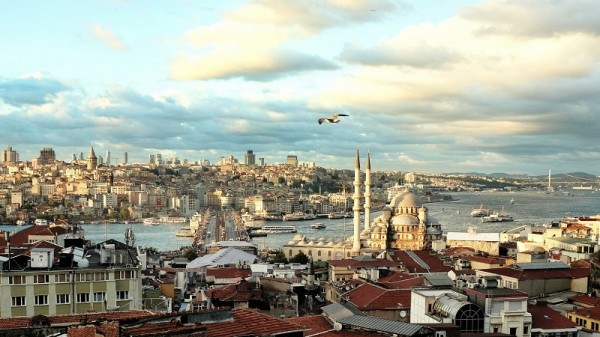 The Islamic declaration was issued at a summit in Istanbul (Flickr/Christopher L.)

Islamic leaders from 20 countries issued a declaration on climate change at a summit in Istanbul on Tuesday.

They called on the world’s 1.6 billion Muslims to protect the world’s equilibrium, or mīzān, in line with religious teaching.

That meant phasing out greenhouse gas emissions “as soon as possible”, they said, shifting away from fossil fuels to clean sources of energy.

In a pointed message to the Islamic petropowers of the Middle East, they added well-off and oil producing nations should lead the way.

Drawing on Islamic texts, the declaration highlights the duty of Muslims to act as stewards of Allah’s creation.

It ends with a quote from the Qur’an:

The declaration was finalised after a day of speeches and discussions between more than 60 participants and organisations. Signatories include the grand muftis (top religious law officials) of Uganda and Lebanon.

Din Syamsuddin, chairman of the Indonesian Council of Ulema, summed up the message: “The climate crisis needs to be tackled through collaborative efforts, so let’s work together for a better world for our children, and our children’s children.”

Interspersed with quotes from the Qur’an, the document sets out demands on political and business leaders, as well as ordinary Muslims.

Rich and oil states should phase out their emissions “no later than the middle of the century” and provide “generous” support to help the poor go green, it says.

The remarks throw down a challenge to Islamic countries like Saudi Arabia, which in protecting its oil interests is often seen as obstructive to the climate agenda.

Ebrahim Rasool, former ambassador from South Africa to the US and founder of the World for All Foundation, told RTCC religious values trumped those interests.

“That is the very important reason that it is a theology-founded declaration, so it can appeal to the higher sensibilities within our oil producing states,” he said.

“It tries to ring the bell of urgency with them… to start preparing for a post-oil economy.”

“We need to put the narrative in the common language of the people” – Nana Firman, Greenfaith

Framing the climate challenge through an Islamic lense is also important for action on the ground, according to Nana Firman, environmental campaigner and Greenfaith fellow.

Working for WWF in Indonesia to help rebuild communities after the 2004 tsunami, Firman found top-down strategies failed because they did not fit with the Islamic traditions of the Aceh people. She advocated for a more tailored approach.

“We need to put the narrative in the common language of the people,” she told RTCC.

Talking about sustainability or carbon emissions, “people could care less,” she said. “But when we put it in a narrative based on religious teaching, they realise there is a direct connection to them.”

Many Muslims live in parts of the world that are particularly vulnerable to climate change, like Bangladesh and parts of sub-Saharan Africa.

Abdulkadir Balonde, chairman of the Ugandan Supreme Muslim Council, sees it as a pastoral duty to protect his flock from such impacts.

“Our country is being affected severely by floods and landslides,” he told RTCC. “As a leader to a community, I have to put in some effort to see that each and everyone is well educated about how to protect the soil, the air and the water.”

Analysis: After Pope’s plea, what do other faiths think on climate?

It echoes a landmark intervention by Pope Francis in June, when he issued an encyclical calling on the world’s 1.2 billion Catholics to support urgent action on climate change.

Cardinal Peter Turkson, who was heavily involved in drafting the encyclical, welcomed the initiative from his Islamic counterparts.

He said: “It is with great joy and in a spirit of solidarity that I express to you the promise of the Catholic Church to pray for the success of your initiative and her desire to work with you in the future to care for our common home and thus to glorify the God who created us.”

“A clean energy, sustainable future for everyone ultimately rests on a fundamental shift in the understanding of how we value the environment and each other,” she said.