All but one of the main surface temperature monitors has recorded a 1C rise since pre-industrial times, analysis shows 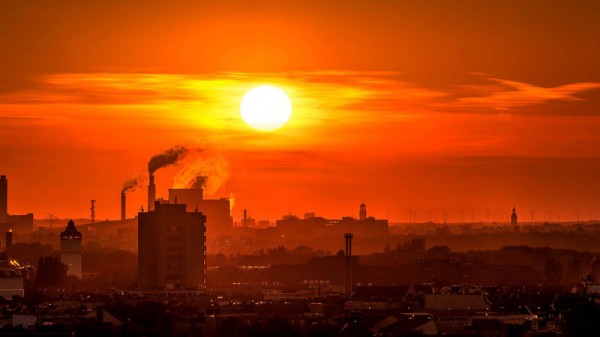 Countries have agreed to try and limit global warming to 2C above pre-industrial levels.

Beyond that threshold, scientists project escalating sea level rise and ever more intense and volatile weather.

We might have already reached the halfway mark, according to analysis commissioned by the New Scientist.

Four out of the five major surface temperature records are set to pass the 1C point this year, researchers found, measured from the 1850-1899 average.

Each record uses slightly different datasets and methods but finds similar patterns over the long term. 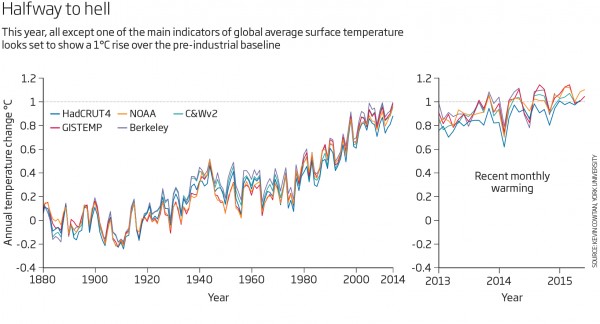 Following on from reports 2015 is likely to be the hottest year on record, the analysis underscores the urgency of efforts to strike a global climate pact in Paris this December.

It will concern countries most vulnerable to the impacts of climate change, who argue the goal should be tightened to 1.5C.