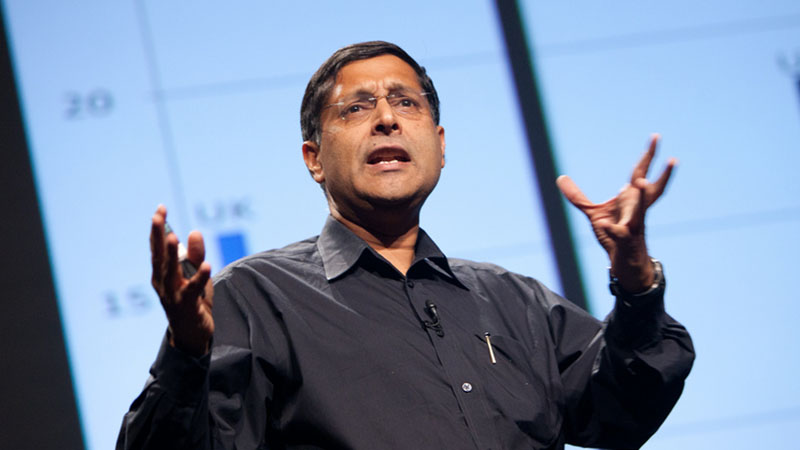 Narendra Modi’s chief economic advisor has urged the prime minister to radically change India’s approach to UN climate talks, according to a report in the Business Standard.

It has obtained what it says is a letter from Arvind Subramanian to Modi and finance minister Arun Jaitley, which calls on the government to drop demands for climate finance from rich countries.

“Obtaining finance cannot be a vital interest for us. In pressing this issue India might score polemical victories, but not a substantive one,” he reportedly wrote.

“Are the commitments of cash-strapped advanced countries plausible? After all, the US cannot muster the will and ability to contribute a few hundred million dollars (chump change really) to increasing the International Monetary Fund’s resources.”

Subramanian, who was appointed chief advisor in October 2014 after a career with the IMF and Washington DC think tanks, also stressed the need to prioritise greenhouse gas cuts.

As the world’s fourth largest emitter – behind China, the US and EU – India’s long term planning is likely to have a significant impact on efforts to avoid warming above 2C, an agreed limit.

“India has a greater stake in climate change mitigation than most rich countries, which will likely be less affected and better able to cope with consequences,” he said.

Slashing emissions should be raised above India’s demands for a global goal for adaptation he said – a move that would represent a huge shift in its negotiating position.

It could also consider moving away from old alliances such as the “like-minded developing countries” group and craft new links with fellow coal-rich nations like the US, China, Poland and Australia.

RTCC has contacted Subramanian’s office to see if he wants these recommendations to be rolled out by this December’s critical Paris climate summit.

If accepted, they would represent a huge shift in the country’s approach to UN talks.

India has traditionally maintained a firm line on demands for climate finance from developed countries to pay for future impacts of global warming.

The government has also been a strong defender of the UN principle of “common but differentiated responsibility” – historically defined so that only countries deemed industrialised in 1992 had to cut their emissions.

Western negotiators are keen to break down that “firewall” between rich and poor, which they say doesn’t reflect today’s reality, but India has stood by it.

Subramanian suggested softening that position, saying it did not represent a “vital interest” for India.

So far Modi and environment minister Prakash Javadekar, who leads at UN talks, have offered little sign they are interested in changing these core negotiating principles.

Delhi is expected to reveal its contribution to the proposed Paris climate deal in September. Discussions are ongoing over what it will commit to.