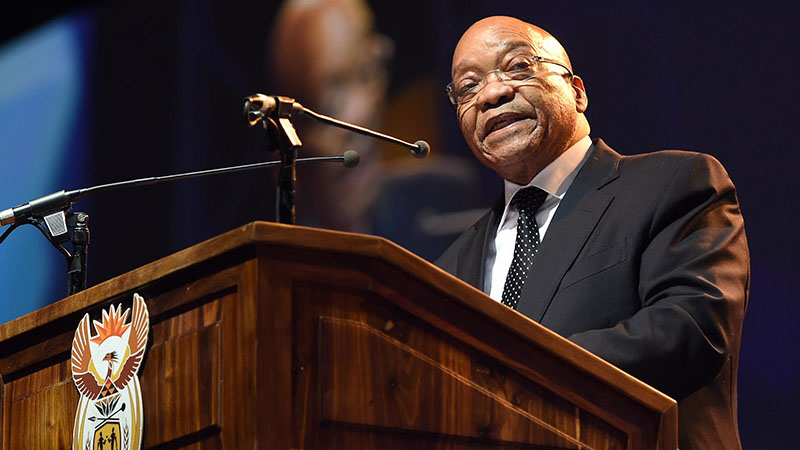 South Africa’s upcoming climate plan will see it stick with greenhouse gas cutting goals for 2025 laid out by officials back in 2009, a document seen by RTCC reveals.

But it suggests that if South Africa receives support to help it invest in cleaner forms of energy this 2025 goal could be boosted to 42%.

“The action to be implemented depends on the provision of financial resources, the transfer of technology and capacity building support by developed countries,” writes Tshikalanke.

Paris tracker: Who has pledged what for a UN deal?

Preparations for the plan, known in UN jargon as an intended nationally determined contribution (INDC) are “far advanced” he adds, with submission due by the end of September.

It will explain how the country’s economy is on course for an emissions peak and plateau by 2030, with a decline expected from 2035 onwards.

According to the World Resources Institute, South Africa accounts for 1.07% of global emissions, a level government officials said was “significant” in a 2012 climate white paper.

“[Our] emissions profile differs substantially from other countries at similar stages, due to our large mining sector and coal intensive energy sector,” the paper adds.

The INDC will also elaborate on how the country plans to adapt to future weather extremes, and offer more details on how the government will use carbon markets and carbon pricing to meet its goals.

Analysts at the Climate Action Tracker say the planned 34-42% cuts cannot be viewed as ambitious, warning that without new policies emissions could soar 82% on 1990 levels by 2025.

“The CAT projection for South Africa’s emissions under current policies has an increasing trend, with emissions in 2020 and 2025 expected to increase by 110% and 141%, respectively, from 1990 levels,” they write.

Renewables are seeing growth – energy minister Tina Joemat-Pettersson says 4,322 megawatts of capacity have been added in the past four years, with more in the pipeline.

12 coal power plants are under construction according to researchers at Coal Swarm, including a giant plant at Medupi, reputed to be the largest dry-cooled coal-fired plant in the world – built with $3 billion of World Bank funding.

Bids are also being welcomed for a contract to build eight new nuclear plants with a capacity of 9,600MW, with an estimated cost of $100 billion.