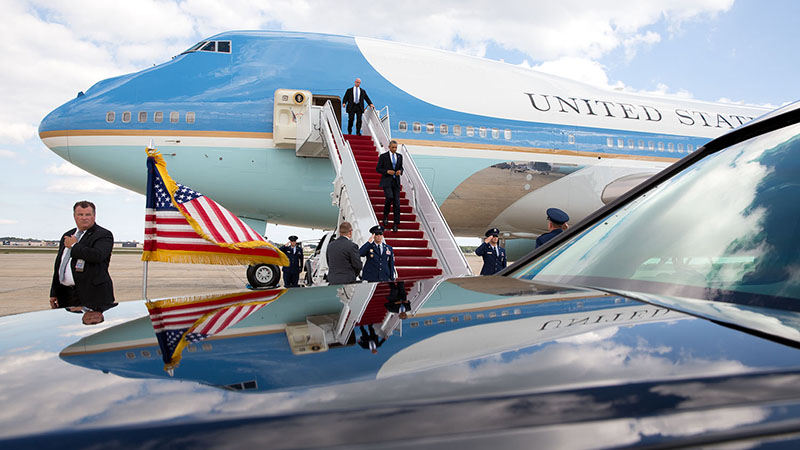 US president Barack Obama will accelerate his drive for a global climate pact in the next month, building on the launch of his flagship carbon cutting policy, the clean power plan.

White House senior advisor Brian Deese said Obama will visit the Nevada desert to highlight the success of domestic renewables, followed by a visit to the Arctic at the end of August.

There he will “speak frankly and directly about the challenge [climate change] poses to us as an Arctic nation,” said Deese in a press call on Sunday evening.

“You will continue to see the president working to make sure there is a level playing field and make sure all countries are working for an international agreement,” Deese added.

Foreign ministers from China, India, France, Russia, Japan, Germany and the EU will attend the two-day meeting in Anchorage, Alaska, along with cabinet level US officials.

According to a State Department note the meeting will focus on regional and international solutions to global warming, as well as efforts to boost global awareness of Arctic melt.

The meeting takes place at the same time as UN envoys gather in Bonn for the penultimate set of negotiations on a global climate deal to limit warming to below 2C above pre industrial levels.

Why is the US important?

The US is the world’s second largest carbon polluter, accounting for around 13% of global emissions, ranking behind China and ahead of the EU’s 28 member states. Previous administrations have been reluctant to take part in a UN climate pact, but under Obama this stance has steadily shifted. The US-China climate deal in 2014 was heralded as a breakthrough for the process, covering around 30% of emissions and ensuring the low carbon sector has the backing of the world’s top two economies.

Deese revealed Obama will also make climate change a priority when he meets Pope Francis on 23 September at the White House, a day before the head of the Catholic church addresses the US Congress.

The Pope’s encyclical on the environment, published in June, called for countries to take radical steps to protect the planet and alleviate poverty levels.

But it was heavily criticised by many of Obama’s political foes, with Republican presidential runner Rick Santorum – a devout Catholic – telling the Pope to stick to theology.

Next month Obama is also set to welcome China president Xi Jinping to the White House.

A warming relationship between the world’s two superpowers and top polluters and joint 2014 climate declaration is one of the key reasons analysts are confident a UN climate deal will be agreed this December.

Launched on Monday, the clean power plan is the central piece of policy designed to help the US meet its international goal of cutting greenhouse gas emissions 26-28% on 2005 levels by 2025.

Officials say it will ensure 870 million fewer tonnes of carbon are released by 2030 and ensure that the country sustains its low carbon transition beyond that date.

Environmental Protection Agency (EPA) chief Gina McCarthy told reporters the rule would cement US leadership in the run-up to Paris, where almost 200 governments will meet in December.

“When the US leads others follow,” she said, citing bilateral agreements on climate change with China and Brazil as evidence of the momentum the US is generating.

“We are confident others will follow and the world will reach an agreement,” she said, adding:“we feel this rule gives us a solid foundation to push on international commitments.”

Still, the plan faces a tsunami of legal challenges, experts have said, and there is no guarantee that if a Republican wins the White House in 2016 the legislation will survive.

Leading coal utilities and producers are expected to be at the front of challenges against the White House in the coming months, although McCarthy seemed unconcerned at the prospect.

“We will see the same tired plays by same special interest playbook,” she said. “They are wrong… they were wrong in the 80s when they opposed acid rain laws.”