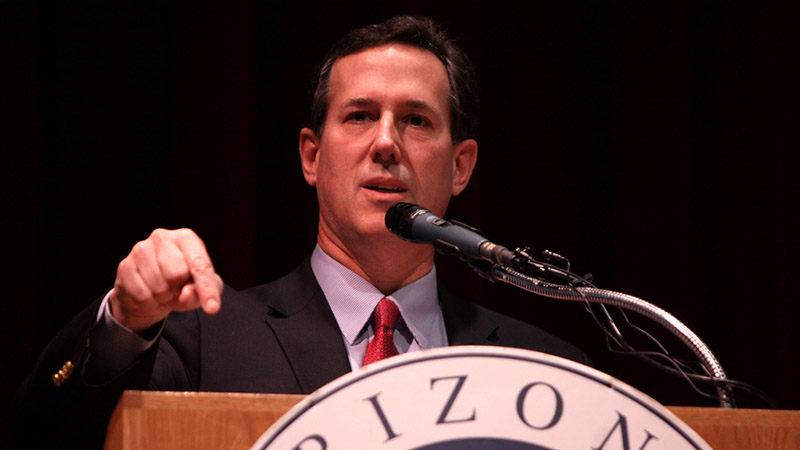 US presidential hopeful and devout Catholic Rick Santorum has told Pope Francis to cease his warnings on climate change and stick to theology and morality.

The Republican Senator, who launched his White House campaign last week holding a huge lump of coal, was speaking on a Philadelphia radio talk show when he made the comments.

“The church has gotten it wrong a few times on science. We’re probably better off leaving science to the scientists and do what they’re really good at, which is theology and morality,” he said.

“When we get involved with political and controversial scientific theories then the church I think is probably not forceful or credible.”

Santorum, who in 2012 branded the science behind global warming a “hoax”, added: “We’re better of sticking to things that are the core teachings of the church.”

Pope Francis – who holds a Masters in chemistry from the University of Buenos Aires – is due to publish his thoughts in a Papal Encyclical on climate change in June 16.

Reports from Rome suggest the encyclical – a letter to the Catholic faithful – will be called Laudato Sii (Praised Be).

Last month the Vatican’s leading scientific bodies released a statement outlining why they see rising levels of greenhouse gas emissions as the “dominant moral and ethical issue for society.”

In September Pope Francis will travel to the US where he will address the UN General Assembly and the US Congress, where he is likely to repeat his climate warming.

.@RickSantorum the science is clear. Climate change is not a hoax, but an existential threat. Get with the science, get with the @Pontifex