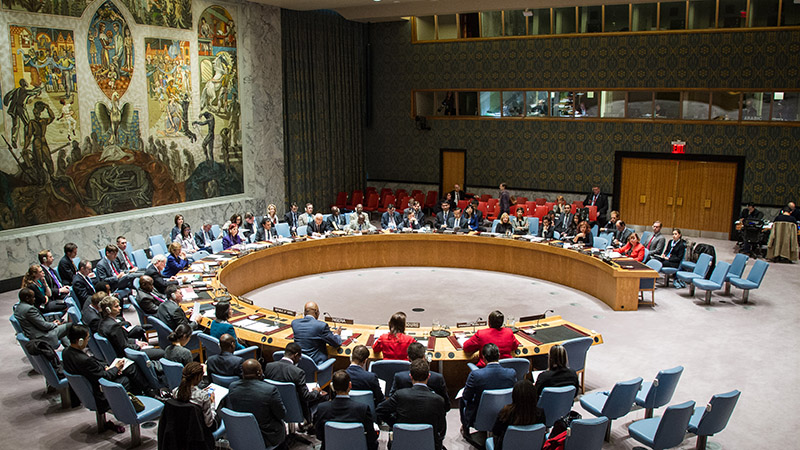 Leaders of small island states warned the UN Security Council on Thursday their future is under threat from climate change as rising sea levels eat away at their coastlines.

The prime ministers of Samoa and Jamaica joined UN secretary general Ban Ki-moon at the unusual session, which was also addressed by China, Russia, the UK, France and US.

Ban told envoys he hoped debate at Council level would aid negotiations on a UN-backed greenhouse gas cutting deal, due to be finalised in Paris this December.

“Our small size, geographic isolation, and high exposure to impacts like powerful tropical storms and other extremes make it challenging to prepare for a disaster before it strikes,” he said.

Tuvalu’s envoy to the UN Sunema Pie Simati revealed the tiny country had lost four islands since 2000, two of them after Cyclone Pam this year. The nation of 4 atolls and 5 main islands, has over 120 in total.

“That’s how fast our islands can disappear, in the blink of an eye,” she added.

The UN rates 52 countries as small island developing states, which are dotted across the Pacific, Indian and Atlantic oceans.

Last year the UN’s IPCC climate science panel said sea levels had risen 20cm since 1900. Experts at the US National Oceanic and Atmospheric Administration say that rate is now increasing.

A previous attempt in 2013 to get the Security Council to debate climate change was rejected by China, India and Russia, who said the UN’s climate convention is the proper place for these debates.

“The risk climate change poses goes beyond our shores and those of small islands,” he said.

“Left unaddressed, climate change could constitute one of the gravest threats to international peace and security for generations.”

Speaking to RTCC before he addressed the Council, Maldives minister Mohamed said the debate was “just the beginning” and expressed hopes it would take a more active role in highlighting climate concerns.

“This is unprecedented at the highest level,” he said. “The international will and intention is there, and we believe that’s a good thing, but it is political support that is required.”