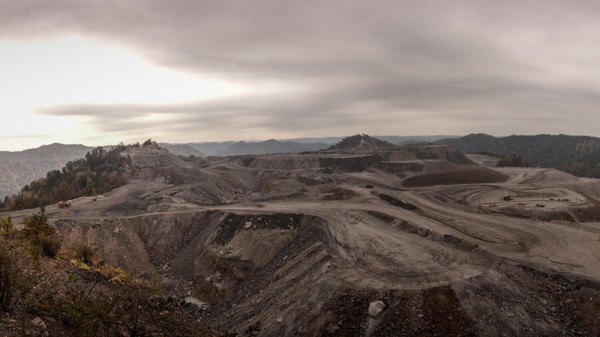 A once-reliable investment, the US coal sector is struggling (Pic: Flickr/Dennis Dimick)

Peabody Energy posted a net loss of US$1 billion last quarter, in the latest sign of a coal sector in tailspin.

The world’s biggest private coal company suspended dividends and is cutting 550 jobs in the US and Australia to save cash.

With sales and revenues down, the mining giant took a $901 million hit to the value of its coal portfolio.

The Institute for Energy Economics and Financial Analysis (IEEFA), a US-based think tank. argued this was not a cyclical downturn but a structural decline.

There had been a “continued failure” to deal with oversupply in global coal markets, plus some ill-advised takeovers, said IEEFA’s Tim Buckley.

“The consequences in terms of shareholder wealth destruction has been significant.”

Another coal major, Alpha Natural Resources, has been delisted from the New York Stock Exchange, while Walter Energy this month filed for bankruptcy.

“Financial distress in the US coal industry is clear,” said Buckley.

The coal sector has been hit by growing concerns among investors about the clash between its profitability and efforts to combat climate change.

Scientists estimate more than 80% of known coal reserves must stay in the ground to hold global warming to 2C, the international goal.

Initially confined to symbolic gestures from universities and faith groups, the divestment movement is catching on with institutional investors.

California is on course to do likewise for two of the US’ biggest pensions funds, worth a combined $500 billion.

In the US, Peabody’s home market, the sector is also threatened by a regulatory crackdown on emissions from coal power generation.

The Environmental Protection Agency (EPA) is expected to finalise rules next week that will drive the closure of several polluting stations.

But Peabody noted in its results a different EPA rule, on mercury pollution, had been overturned by the courts. It hinted the forthcoming emissions regulations could meet the same fate.

“The company believes the decision sends a strong message regarding regulatory overreach that will prove beneficial when considering proposed regulations impacting US coal generation,” it said.

Peabody has reacted to climate concerns by attacking “flawed” models and promoting “clean coal” as a solution to lack of energy access in the developing world.

It found a champion in Australian prime minister Tony Abbott, who has said “coal is good for humanity”.

Oxfam explicitly rejected that notion in a report published on Tuesday.

“In making their case, the industry and government conveniently ignore the fact that climate change is a major threat in the fight against poverty and hunger,” the development charity said.

Instead, it called for a focus on rolling out renewables to poor communities.

Oil and gas companies are also grappling with low prices and investor concern about carbon-intensive projects.

Analysts at Wood Mackenzie estimate US$200 billion worth of major projects have been shelved this year, including all new Canadian tar sands ventures.

BP revealed a profit slump in its quarterly results and Total a slight decline in net income. The other oil majors are due to post results later this week.