Why Russia should ally with China and India on carbon rules

As the world’s second biggest exporter of emissions, Russia should lobby for consumers to take responsibility, say experts 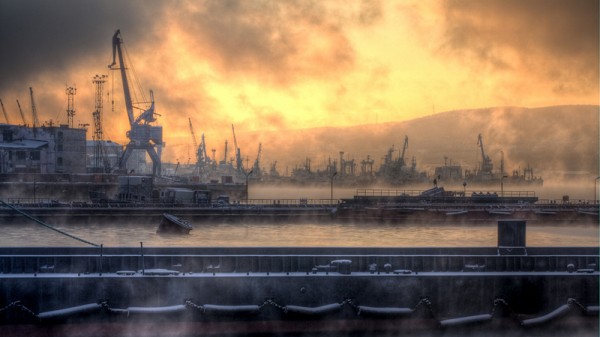 Russia, China and India, the world’s top three net carbon exporters, should unite and start putting pressure on the UN climate talks to adopt rules for sharing the burden of emissions associated with international trade in a more equitable way, Russian economists suggest.

Today, a country’s annual greenhouse gas emissions are counted as the sum of all carbon dioxide, methane, nitrous oxides and other gases being emitted into the atmosphere from sources within the country’s territory, regardless of whether goods and services produced in the process are later consumed locally or exported.

This is known as production-based carbon accounting, and it means that some (read: developed) countries can “outsource” their carbon to others, while these other (again, read: developing) countries are held responsible for emissions that are not truly “theirs”.

The Guardian’s Andrew Simms once compared this system to “a pub where you could drink your fill and leave the hangover with the landlord”.

Of course, the Earth’s atmosphere does not care how we calculate emissions (as these are still the same emissions), but individual countries do, especially when confronted with the prospect of strong reduction targets.

Thus the alternative, consumption-based accounting, has been studied extensively in the recent years. A 2011 paper led by Oslo-based researcher Glen Peters concluded all emissions reductions achieved under Kyoto Protocol were canceled out, many times, by growth in international trade fueled by those same countries with KP commitments.

Their calculations suggested, among other things, that China, single-handedly responsible for 75% of emissions outsourced to the developing world, would “lose” a fifth of its 2008 emissions figure after a shift from production to consumption-based accounting.

Similarly, an earlier paper by Steven Davis and Ken Caldeira estimated that in 2004, rich countries such as Switzerland, Sweden, Austria, the United Kingdom, and France imported more than 30% of their consumption-based emissions, while the US imported around 10%.

It may seem that the production/consumption dilemma runs along the lines of the old divide in the UN climate talks, between rich and poor countries.

Enter Russian Federation, the world’s fourth largest greenhouse gas emitter and, incidentally, the only major developed country with net emissions exports. How does that work and what does that mean for the global climate regime?

Authors of a new paper, Igor Makarov and Anna Sokolova of the Higher School of Economics in Moscow, are interested in exactly that.

According to their calculations for 2011, Russia is the world’s second largest net emissions exporter after China, with 380 million tons of CO2 equivalent (roughly the yearly emissions of Ukraine, Poland or Turkey).

A third of Russia’s official UN inventory emissions in 2011 were, in fact, exported whereas carbon imports (emissions that happened somewhere else because of goods produced for Russia) were on par with China, India and the US, at around 12% of all consumption–based emissions.

Makarov and Sokolova look into the causes and potential implications of this for the Russian economy. Focusing specifically on Russia and not the whole world allows them to use a slightly more accurate database for 40 major economies accounting for 85% of global GDP.

This also means one cannot directly compare the figures for Russia between research papers (although the authors say their estimates are overall consistent to those of others who used the same data source).

The Russians also use an accounting method that attributes carbon emitted during resource extraction to the “final destination” of the product for which these resources were used.

In other words, when Russia exports oil, gas, metals and fertilizer to China or the EU, who then, in turn, use those to make goods for the US, the CO2 is counted as Russia’s carbon exports to the United States (not China and the EU).

This, somewhat ironically, means that at 11%, the US constitutes the biggest share of Russia’s emissions exports.

Why does Russia export so much carbon? Two reasons: structural imbalance in trade towards energy resources and energy-intensive goods and lagging behind in production technology (which manifests in very high carbon intensity of exports, or exported CO2 per $1 of exports).

According to the researchers, if Russia were to use technologies identical to those of Germany, its export emissions would fall three times. But if everyone else in the world did the same, the country would once again become the world’s top net exporter of carbon — Makarov says this means it’s not just about “dirty” technology, but, rather, about the country’s trade specialisation.

If the importer makes its producers pay a price on carbon while the exporter does not, it then gives imported goods an unfair competitive advantage over domestically produced ones.

To correct that, the importer might want to introduce a tax, impose stricter import regulations or even find a creative way to extend its carbon regulation onto exporting firms (cue European Union and international aviation). And while so far these have been mostly theoretical, they are already seen as an increasingly important threat to the Russian economy.

Makarov says that while Peters et al focused on developed countries complying with Kyoto Protocol targets on the backs of developing countries (notably China), his research addresses a broader issue — something an unlikely alliance of China, Russia and India could work on in the international arena.

“We ask the question of sharing responsibility for export emissions between the two parties involved in trading carbon-intensive goods. It’s not a KP issue — that’s in the past — and not even a new agreement issue… It’s a long term matter of addressing the fundamental lack of incentive for an importer of virtual carbon to decrease those imports”, Makarov told RTCC.

So, international trade and current accounting methods distort the “real” blame for global greenhouse gas emissions; how do we deal with that?

Again, not all carbon exports are created equal: some happen due to trade specialisation in inherently carbon-intensive goods and others are simply the result of inefficiencies in production.

It makes sense to split responsibility for the former, but not the latter, says Makarov: this will provide incentive for countries to adopt cleaner technologies and at the same time provide for a more balanced and fair emissions accounting.

But no country is truly interested in a 100% consumption–based accounting — because that would mean regulating individual consumption decisions.

One can only do that through politically suicidal taxes for consumers or carbon customs duties which will hurt international trade and can be easily abused.

So neither Russia nor China would support a full transition, but there is room for compromise schemes, where traditional production-based accounting is coupled with decisions needed to address carbon in international trade.

“How fringe is this idea [of adjusting for net carbon exports]? Well, the problem of failing to account for virtual carbon in consumed goods has already been recognised,” Makarov told RTCC.

“But the Europeans prefer to keep it quietly under the rug, and China and India do not care (if anything, they might see that as stimulating their industry and exports). But that is only until those two countries are pressured to actively reduce emissions.”

Other Russian experts prefer to focus on the national implications of the paper. Michael Yulkin of CCGS, a carbon market consultancy, praised the new research but noted that it’s really about “the risks and threats for our country posed not just by climate change but by mitigation measures in other countries”.

“We export pure carbon, while the world is walking away from it towards cleaner technologies. This will mean our economy and our exports to developed countries are losing competitiveness really fast”, Yulkin told RTCC.

One possible solution would be to “pre-package” carbon-intensive exports with emissions reductions from clean energy and other “green” projects in Russia, thus canceling out their carbon content (and achieving carbon neutrality for exports — a big ask).

It is not quite clear, though, who can and should fund these projects: a recent expert meeting at the Ministry of Economic Development in mid-December concluded that the country’s government, faced with a new economic reality, should effectively shut down all financial support for increasing energy efficiency in Russia.